New Monobrand Boutique Peserico in Cyprus: A Precious Stone in the Italian Mosaic of the Saga Group

The Italian brand Peserico was born in the province of Vicenza in the Veneto region. Italy is a country where each region has its own pride, its own distinct “I”. The region of Veneto is at the enchanting edge of silver waters, with blue mountains, clear azure skies and cloudy mother-of-pearl.

The Peserico collections seem to be born out of chiaroscuro. With the smooth and easy gliding of boats along the lagoon and canals of Venice, the city of vision boasts waves that splash right into the walls of palaces, with the air filled with the smell of Italian coffee and the ringing of countless bells resembling the ringing of thin, white porcelain on a silver tray. 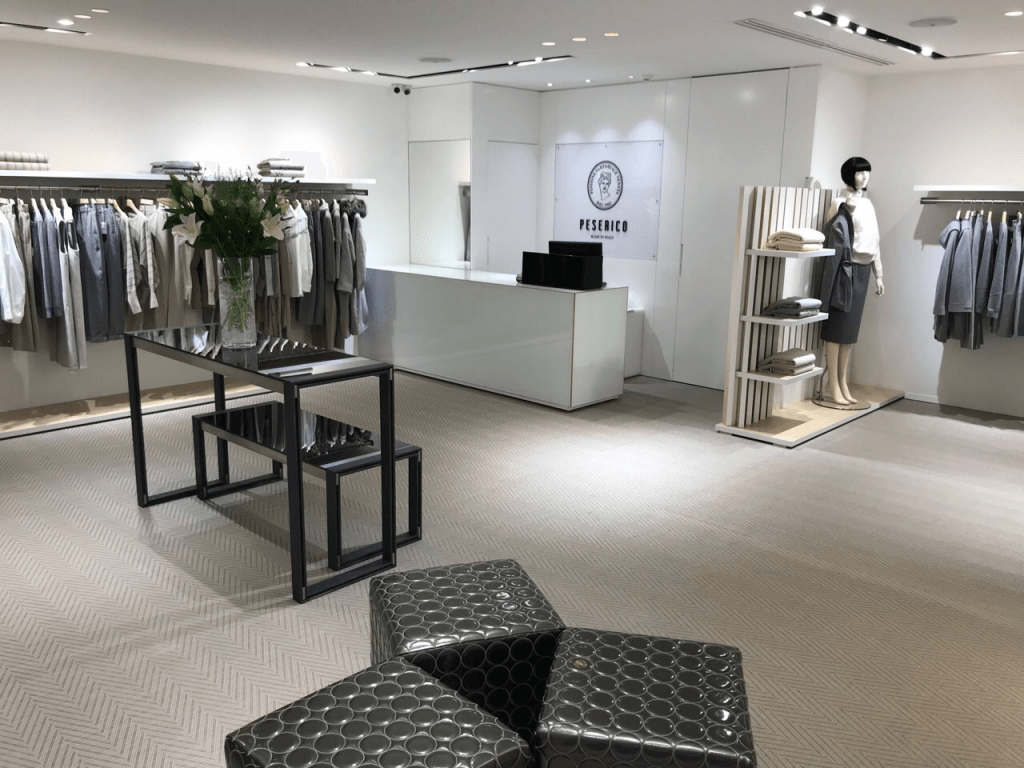 The brand was born in 1962 quite modestly, with a small sewing workshop owned by an energetic married couple: Maria Peserico and Giuseppe Peruffo. Initially, the workshop specialised in women’s pants and skirts. For the reader who is well-acquainted with the realities of the twentieth century, this may seem deeply symbolic. After all, women’s pants are, often, very demanding for a tailor’s skill and, in Italy in the 1960s, women’s pants and functional skirts were real statements of style and a manifesto of change. The struggle of the Italians for their rights was, then, in full swing and the trousers were more than an object of a wardrobe. They were a symbol of women’s equality. 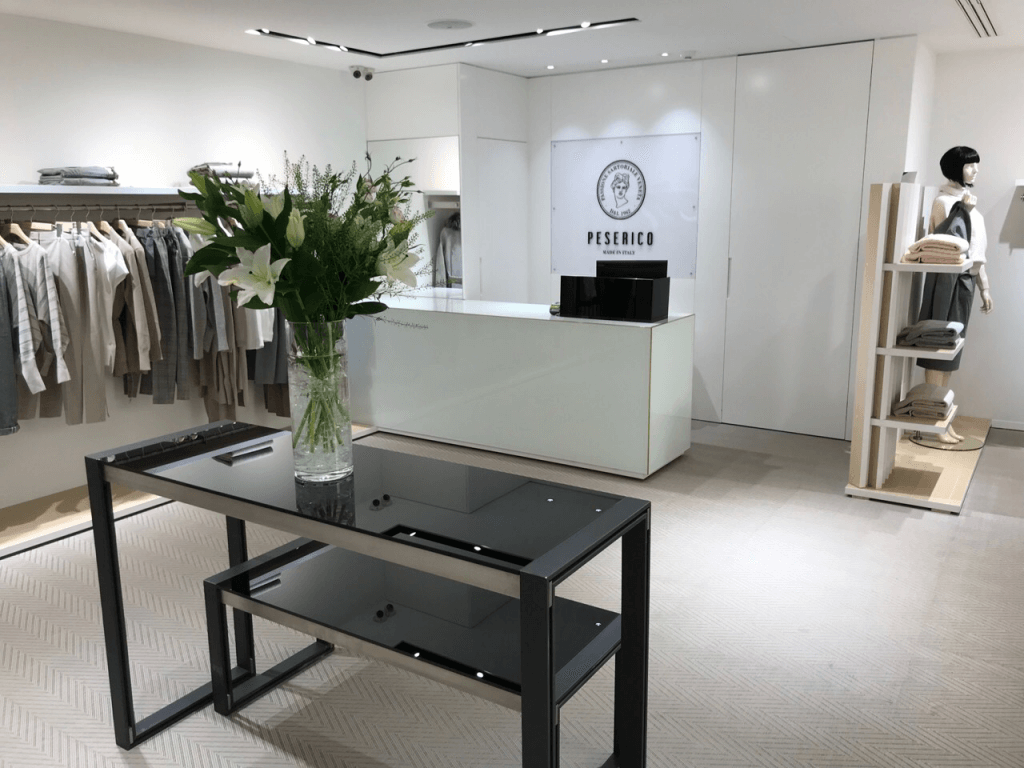 In short, the early years of Peserico were resilient and sparkling. The name of the project was completely in the spirit of the era; named after Maria and a symbol of the glory of women’s equality and creative leadership. For ambitious Giuseppe Peruffo, it was enough to assume the presidential post in the company. Their accents and priorities were reflected in the designs and became clear and distinct as the decade progressed. By the mid-seventies, the Peserico brand, from a nice regional start-up, had evolved into a major nationwide brand. Thankfully, the sphere of fashion in Italy is so arranged that what becomes national soon reaches the rest of Europe and the rest of Europe fell in love with the creations. The eighties saw the brand seek out its pan-European distribution and, by the nineties, the all-embracing label became “Styled in Italy, but made in China”. It was the ideal time to polish the impeccable reputation of Peserico, as Peserico worked on development and manufacturing priorities, becoming a single monolith with no outsourcing!

The Peserico range is universal and a tribute to the current, running concept of the total look, with title themes of the brand including impeccable jerseys of precious natural fibres (wool and cashmere), coats, jackets, dresses, trousers and skirts. The dedication to honed, tailored lines, so typical of their beginning, did not fade at all. Their cashmere sweaters are patently soft and gentle and need to be worn in the manner of a T-shirt; on a naked body. Moreover, it is not an excessive exaggeration to suggest combining this sweater with skirts and trousers with a high waist, creating a refined, intelligent and elegant composition. 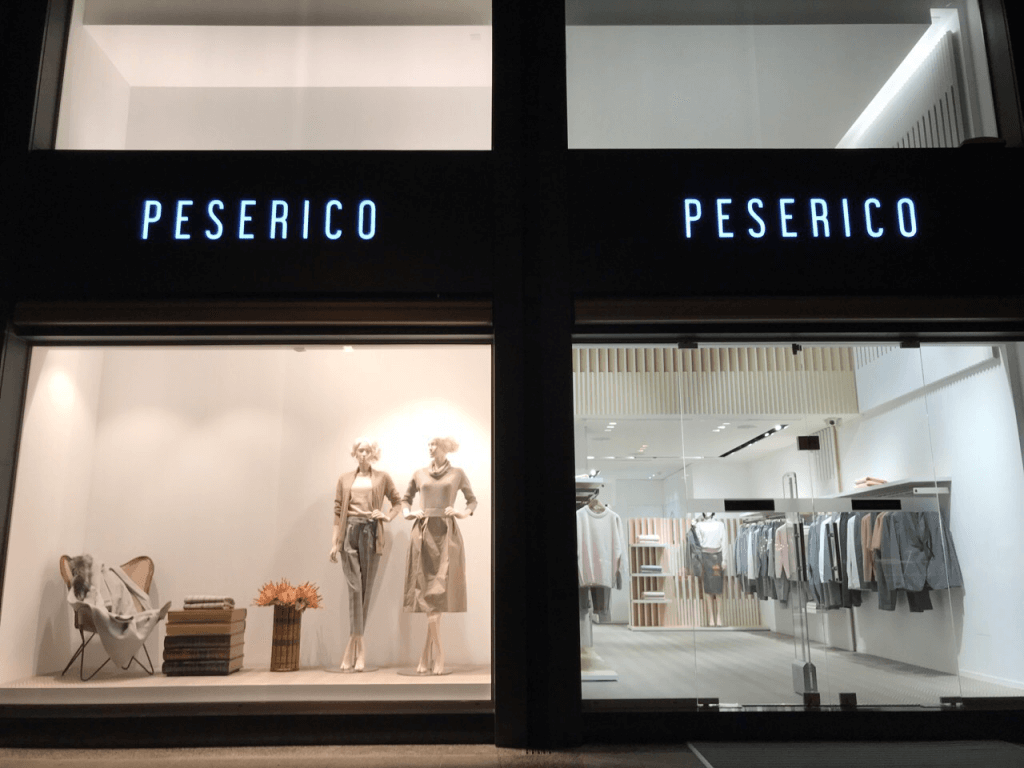 Equally stunningly poetic are the colours and textural language of Peserico. Woollen fabrics, usually homogeneous and flowing, are enriched with elaborate “breakthroughs”, as if highlighted from depth, becoming almost stereoscopic. It is an excitingly beautiful and functional fashion for real-life modern, stylish and self-aware city dwellers. It is not surprising to hear that the research department of the company has a laboratory where textiles and knitwear are expected to pass a crash test, as they are tested for wear resistance. The laboratory’s painstaking approach is inherent in the Peserico brand. Their artistic passion means that creative designers see Peserico as a leader not hindered by perfection. After all, high Italian fashion is, in so many ways, an elaborate world of craft, raised to the degree of exalting art.

Vera Lyssiotis:“Fashion will not die as long as there are people who love beauty”
23/11/2018