Leonid Gelibterman. ENOGASTRONOMY AS AN ART

From the 13th to the 17th of November, in Cyprus, under the patronage of the International Enogastronomical Center (MEC), a Russian gastronomic week was held. The chairman of the organising committee of the event, the president of the IEC, Leonid Gelibterman, presented guests of the ceremony with a team of Russian chefs, headed by Igor Bukharov, president of the Federation of Restaurateurs and Hoteliers of Russia. Our magazine spoke with Leonid Gelibterman about the project itself, gastronomic history in general and world of culinary ratings.

Tell me, what does the MEC do?

Leonid Gelibterman: Our centre works in three main directions. The first is educational. We train both professionals and amateurs. We have a license and we conduct WSET (wine and spirit education trust) courses, of the second and third level, in Russia. The second direction is our author’s courses on enogastronomic etiquette and protocol, which we read at the Russian Academy of National Economy and Public Administration, under the President of the Russian Federation and at the Moscow State Institute of International Business and International Relations. They are intended for students of executive MBAs because people at the MBA level, including our diplomats, must have a certain set of competences. Nobody in Russia, except us, teaches this. The third direction, which we entered into in 2014, is enogastronomical tourism. Our company is an affiliated member of the World Tourism Organization, UNWTO, with the support of which we conduct our international events. Speaking about the marketing side, we are engaged in the promotion of food and beverage products of foreign countries in CIS countries. The main customers, whose products we promote, are European. 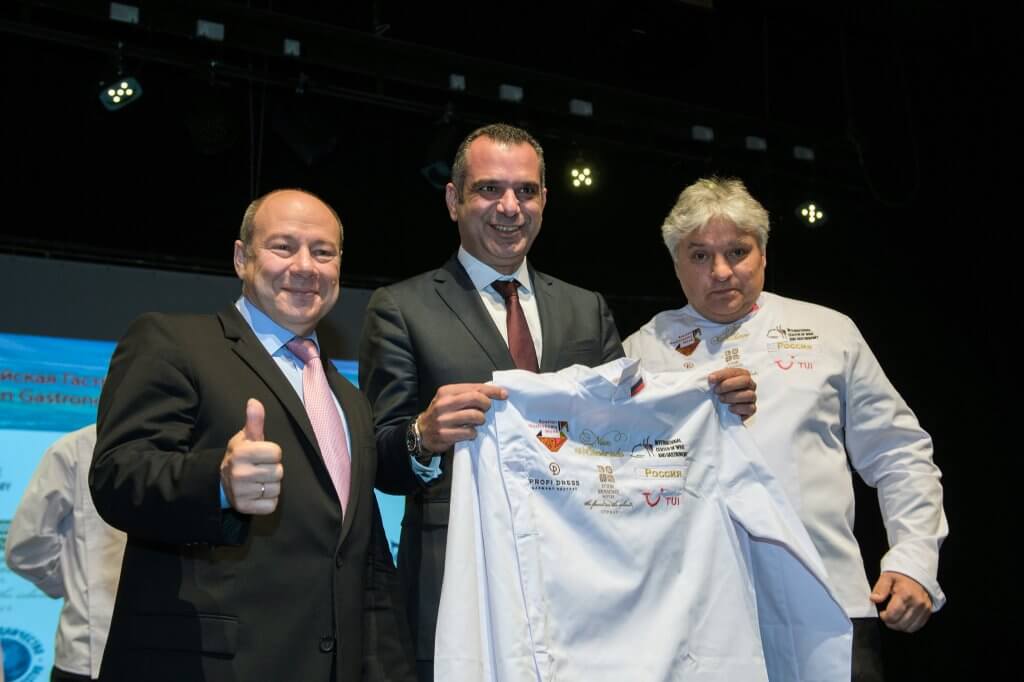 How did the project ‘Russian gastronomic weeks’ come about?

The Russian gastronomic weeks (RGN) is my private project, which we have been conducting for three years already. The first one was in Madrid, the capital of gastronomy, since, at the moment, Spain is the most advanced country in terms of gastronomic tourism. Last year, we spent weeks not only there, but also in Barcelona. This year, we were in Nicosia and Limassol and in the next phase, we are waiting for Greece and Japan. The idea is that we find chefs/‘nuggets’ in the regions and give them a chance to show all that they can do and, at the same time, give an opportunity to people, not only in our country, but also abroad, to learn the specifics of the Buryat, Tatar, Udmurt and other cuisines of Russia.

This project is private-state because in each country, it is supported by embassies and Russian cultural centres. 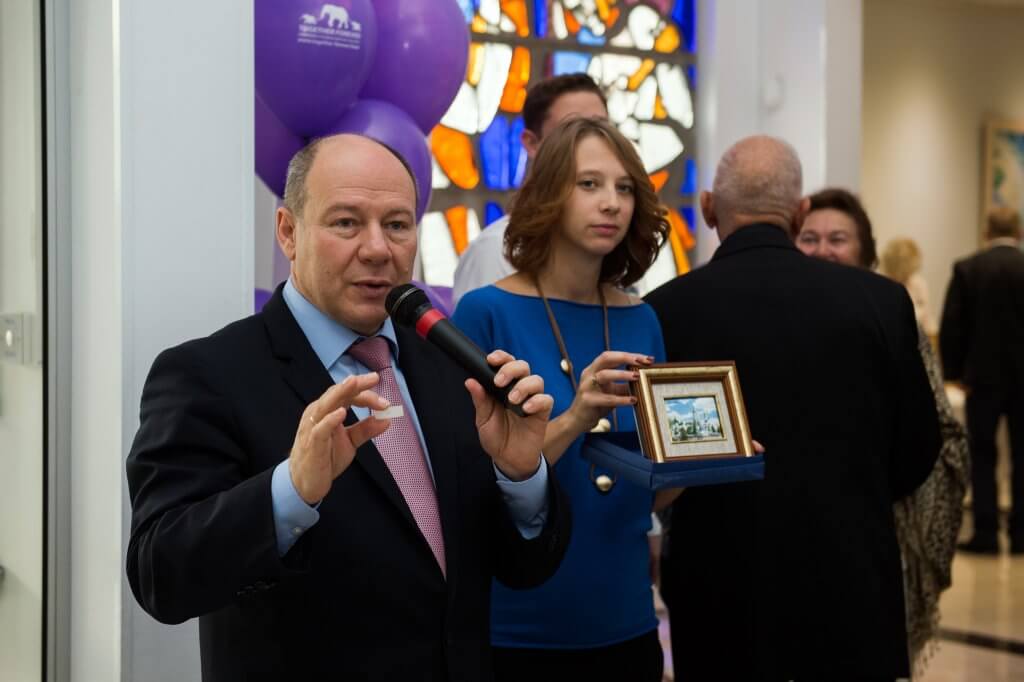 What can you say about Russian wines and its fashion?

Now, there is a general hobby for Russian wines because this is something new and, by the way, they are not always cheaper than foreign ones. They are often even more expensive. There are restaurants that use only Russian wines.

Since most of my life I spent in friendship with alcohol and continue it now, I can say that the trend in restaurants is not only Russian wines, but also strong alcoholic beverages, vodkas and distillates. By the way, champagne ‘Abrau-Durso’ now appears in Cyprus.

What do you think is Russian cuisine at the moment?

If you take old cookbooks of the XIX century, by and large, Russian cuisine is the French noble cuisine, which then migrated to us through the personal courtiers of French chefs. Pickling, souring and drying are all methods of preparation that came from the north and, with time, when the Russian Empire began to move to the south, more vegetables and other fresh products appeared at the disposal of the chefs. Russian cuisine includes the Udmurt, Bashkir and other regional offerings. Recently, we even adopted a memorandum on the promotion of the new Russian cuisine. We also came up with a term, ‘Black Sea cuisine’, and actively promote it. From the geographical point of view, it includes Turkey, Georgia, Russia, Armenia and other southern Black Sea regions.

There are many countries in which the same short season of fresh products exists, like ours, but look at what level Nordic cuisine is today. The Mediterranean loses to it in all respects, which means that it’s not about the products.

How do you feel about the Michelin ratings and why are there no Michelin restaurants in Russia?

The Michelin Rating is a completely commercial story, originating more than a hundred years ago. Initially, the company producing tires, Michelin, produced a guide to motorist/travellers with tips on where to replace tires, where to sleep and where to eat. Only in time did they bring the restaurant directory into a separate edition. It is sold and the number of people who buy it and visit these establishments fully justifies the cost of publishing. We asked: Why do you not create such a directory for Russian restaurants. We were told that they did not see the economic interest. That is, publishing costs will not pay off! In Russia, everyone already knows where to go, but many tourists, as in other countries, have no idea. Soon, the Gault & Millau Directory will be introduced, which was launched in 1973. Representatives of this edition were counted from 30 to 50 Moscow restaurants, which is to their credit. Is it possible to believe in these directories? Probably, to some extent, yes, but, by and large, in our country, like in most countries, word of mouth works better than all the guidebooks. By the way, Michelin bought more than 30% of Wine Enthusiast shares from Robert Parker this year. Now, their guide will be replenished with a wine guide. Gault & Millau, now leaving for Russia, is taking the first stab at a virgin environment. If they succeed, Michelin will become interested too. 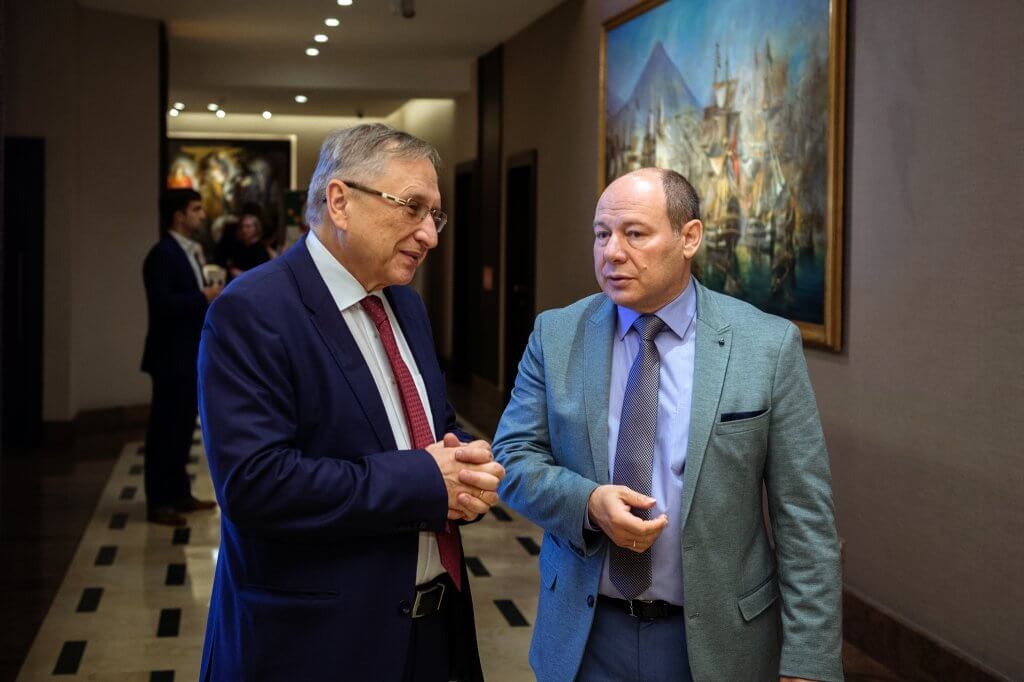 A widespread phenomenon in the world is a chef owning his own restaurant. How are things in our country?

In the rating of San Pellegrino, at the moment, only three Russian restaurants can be counted and, if we continue on the theme of chef-restaurateurs, literally yesterday, guests received a gastronomic shock from a Krasnodar owner of two establishments, Andrei Matyukha, who never professionally studied as a chef. On the other hand, young people now have completely different opportunities to get acquainted with the culture of other countries. Here, we have a rising star of cooking: A guy who studied Peruvian cuisine, which is now in great fashion. He spent a month-and-a-half in his country of Peru and we visited his restaurant in Perm when he was just beginning his journey. These are the young guys who are trained in Michelin restaurants. This is the future of Russian culinary cuisine.