My Journey Through Latin America

To Live in a Royal Way

In our time, in order to relax in royal chambers or feel like a maharaja, it is not necessary to have an impressive title. Fortunately for us, the gates of castles, palaces and palazzos are open for everyone who can afford to pay for this pleasure and prices are not as high as you would expect. For those who want to feel like a princess or a king, we offer our selection of seven of the most beautiful hotels-palaces in the world.

Peru settles on a face of red dust as the land of the Incas, which begs to be washed away by the cold river water. You need to suck this country in like an exotic seed, washed down with boiling tea of Coca leaves and with a touch of fog and rainforests. This mystical land of ancient peoples comes forth as if a strengthened tree, sinking its roots in the stomach of the universe and whispering legends as if foliage in your intoxicated mind.

Light and Chingaschgook or Valley of the Incas

The height above sea level is about five thousand feet and I breathe hard, though it is easier for me than others. The head is a little foggy, but this condition is much like a landscape with volcanoes. The sky floats sadly in front of the eyes, whether from lack of oxygen or from the state of the soul.

At I pass, I chew on the coca leaves. It is very high. In my palm, I pinch ten dry leaves, turning them into a black, viscous substance that tastes like sweet earth, as it all falls into my mouth. The leaves in my mouth are mixed with saliva, swelling as I chew; the choking herbal juices mix with pieces of leaves. I cannot swallow the chewed leaves and they are a mess in my mouth. I suck in all of the juice and spit the remains into a plastic bag. 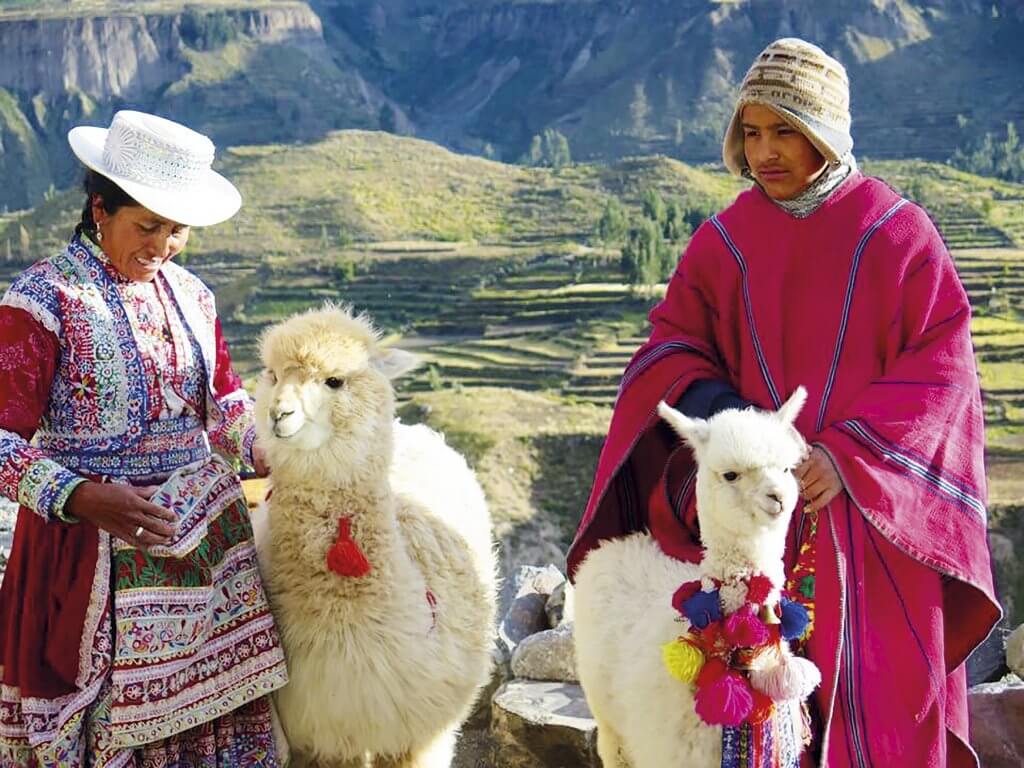 Coca leaves can be bought in Peru and Bolivia at any kiosk. American tourists-teenagers enthusiastically chew them in the hope and anticipation of the “arrival”, which never comes. Because coke is a product obtained by chemical processing of the leaves of this amazing plant, you can chew the coca leaves with anticipations of “getting high”. It will not work! The only result is that your teeth will turn black.

Evening in the village of Chivay is cold and damp. The low buildings, made of grey and concrete, stand in miserable stretches at the edges of unpaved, dusty streets. By nightfall, the town is immersed in freezing dark grey. The blocky buildings dissolve in cold silence, “devouring” their weary tenants.

A rare lantern shines in light yellow, with dusty light in triangular spaces under it. The dim light under the pillars pulls out from the black pieces of a rickety old door like a drunken Indian, seeming, for a moment, to immediately disappear into oblivion.

The central square is a dusty, paved “square” near an old Church; the edges of which accommodate a two-storey rooming house for foreigners. In a close lane, local traders, wrapped in dirty, colourful ponchos, sell food and hot drinks. Each trader has his/her own “outdoor kitchen”, similar to the refrigeration units that once stood on the streets of Soviet cities where busty ladies in white caps sold Soviet children. The “buggies” are hot, connected to a gas cylinder, with an intense, blue light warming up huge pots of food. 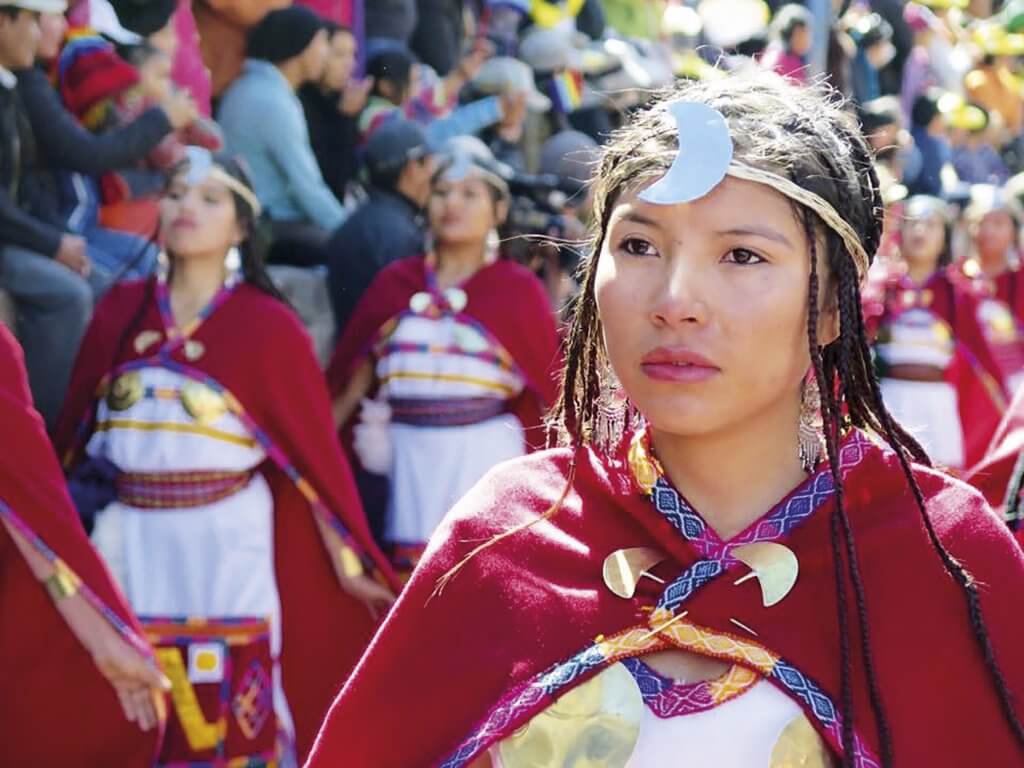 The edges of these stroller-furnaces have copious bottles of liquids, which the hostess divides out in different proportions, depending on the requests of the client. Behind the glass, viscous, jelly-like substances are scooped out into small saucepans. The protein from the eggs plops down into tea glasses, splashing boiling water that lands on the hand of the hostess.

This herbal tea, with a sweet spoon of the “jelly”, is not soluble and its viscous pieces numb my mouth. Swallowing with difficulty, I am afraid. An upset stomach can be a terrible inconvenience in these parts.

I am to leave tomorrow for Cusco. It is a long trip through the Andes and I will take the bus with the locals. They carry bags of food to the nearest market. There are immobilized chickens, trunks with knitted wool things for sale and snotty and exhausted children from boarding schools of the neighbouring town/village of Chivay. 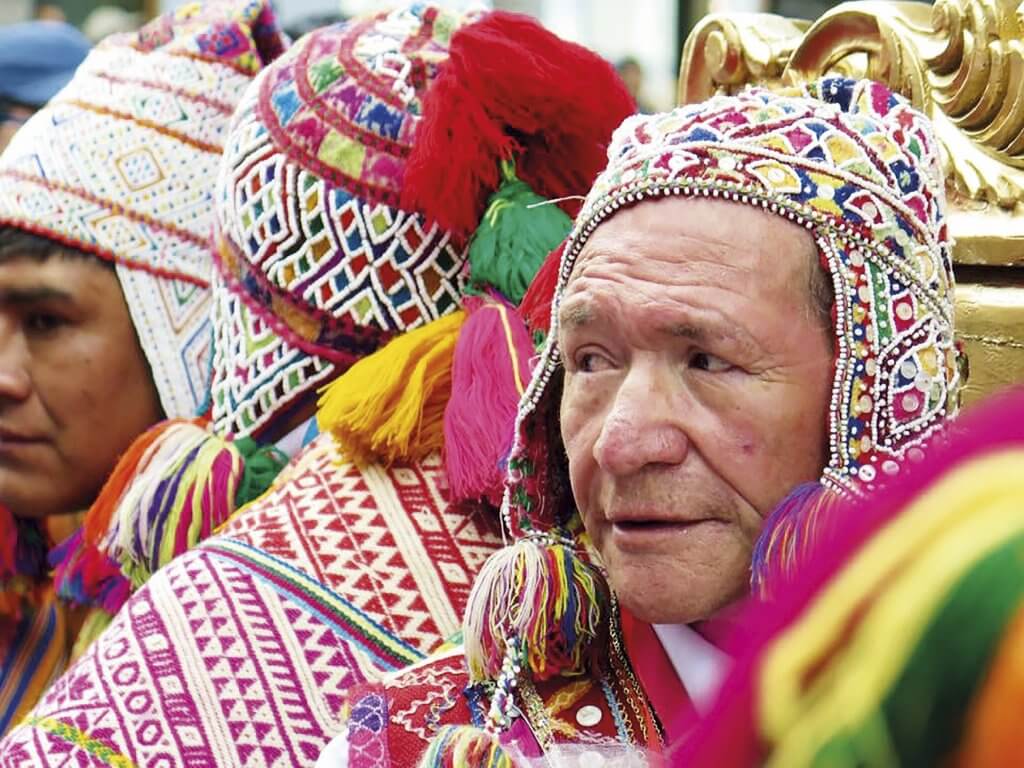 The hostess nods in approval, saying something in the language of the Quechua Indians and laughing with a wide, toothless smile.

The morning is cold and viscous. In the chilly, damp fog, women with tired faces and unkempt hair trail through the quiet stalls of the market or pull the hands of sleepy children from a local school.

In the morning, on the dirty streets, small markets are formed with trinkets for foreigners; for those who decided to take this long trip in order to see how the Condor hovers over one of the deepest gorges in the world. Colca stretches from East to West for a hundred miles and, at the bottom of the gorge, there flows the river, which, year after year, erodes its bottom and increases the abyss. At last count, the depth of the Colca Canyon is 3400 m, which is twice as deep as the more famous Grand Canyon of the United States.

On the slope of the gorge stretches the market. Traders rolled up loudly, encouraging foreigners to buy silver jewellery, amulets and stones of dubious origin. 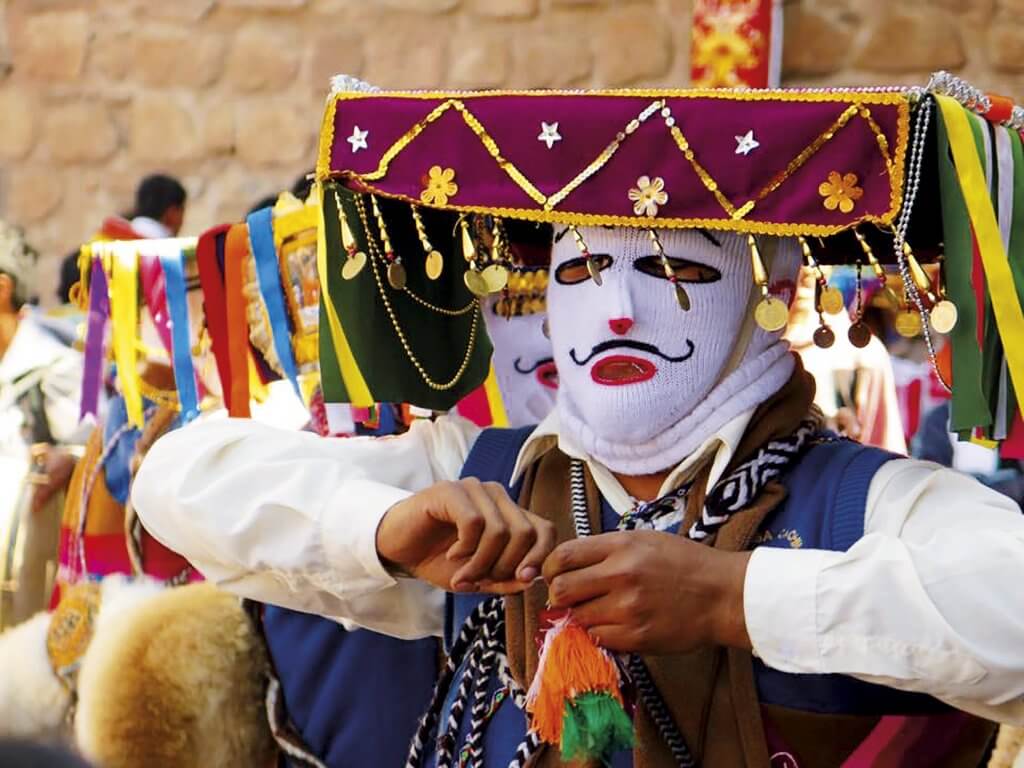 Peruvian mestizos have not become more beautiful after colonial times. With fleshy, round faces, big noses and narrow foreheads, they are unique.

I, lazily, wander the market waiting for the bus, which will take me back to Chivay and, from there, Cuzco, where I will spend the next three months.

Quite suddenly, my eyes stop on the brown face of a handsome Indian. It is The Deerslayer’s Chingachgook. I remember the yellowed pages of the worn book of James Fenimore Cooper, inside an old apartment in a small southern town filled with girlish fantasies.

Chingachgook was a dark-skinned Indian, with a flat face having the sharp outline of wide cheekbones, black eyebrows and clever eyes that seem to now look at me. The face is framed by matted hair, with a headband on its forehead, as black as a moonless night falling on its face.

Chingachgook has a weave necklace made from tough synthetic threads accompanied by semiprecious stones. All of his decorations have symbolic meanings, closely associated with the culture of the local Indians. The hands tell the story of missing people.

I decided to make conversation with him; to make friends and take pictures. I was even willing to buy myself a trinket, but the Indian refused to be photographed. I beg for a photo like a kid begging for candy from his parents. He reluctantly agrees.

We are now two beings who, rather by mistake than by laws, have crossed paths in this universe. We are beings from different worlds, going in opposite directions. I know that he is near me, looking much like a swarthy peddler of knick-knacks from a market village somewhere in the mountains under the clouds. Somewhere, at the height of bird flight and somewhere where it is difficult to breathe, we have met.

I need only the face to remember him by. In the amulet that I buy is braided the sun, with green semi-precious stones. Paying, I continue to whine about the photo. He is looking to change topics and asks how cold it was in Moscow in the summer and then I hear:

Next to Chingachgook in the market, in the gorge of the Colca, a small Russian girl named “Light” is selling jewellery.

Light is a delicate, pale creation with blond hair and pale eyes. She is buried amongst her scarves and ponchos. She’s from Siberia and came to see Peru. The money for the return journey somehow ended quickly.

She somehow gathered bits of the local silver and semi-precious stones and began to sell them in the market to tourists. We have a quiet talk about her and the gorge, as she warms her frozen hands in the pockets of her jacket and looks at me with calm, Russian eyes.

Yes, and what about the picture that we never got…