Philippos Yiapanis and his “Nest of Art”

Philippos Yiapanis and his “Nest of Art”

To the north of Limassol, near the village of Fasoula, is located the unique art park “Little Salamina”. This is a vast open-air space with narrow paths, small lakes, a small amphitheatre (repeating, in miniature, the famous excavations of the ancient city of Salamina in Famagusta) and many beautiful sculptures that were created from bronze by the famous artist Philippos Yiapanis.

Yiapanis is a refugee from Famagusta, who, in 1974, was forced to leave his native city due to the Turkish invasion of Cyprus. Yearning for his homeland and awaiting his return, he created his own “artistic shelter” near Limassol – his workshop and museum. The park itself, decorated with carved stones, referring to the walls of Famagusta and Kyrenia, resembles a ship, ready to sail to its native shores. The ship theme is generally one of the leitmotifs of Yiapanis‘ creativity. According to the sculptor, this is both a refugee vessel, sailing from misfortune into the unknown (much like Odyssey’s journey to Ithaca) and a symbol of his own way home. 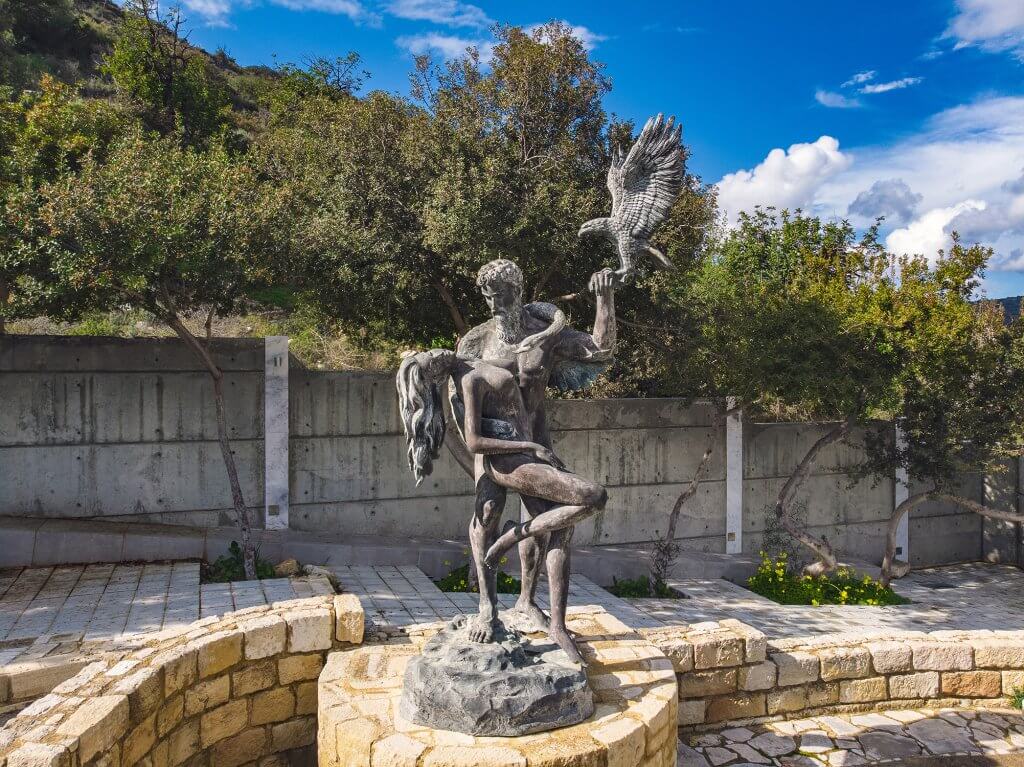 Philippos Yiapanis‘ fascination with sculpture began in his school years – then, his materials were wood and clay. Gradually, he began to devote more time and effort to sculpture, developed as an artist and, by the age of 35, his hobby became a full-fledged profession.

When asked how and why he began to make sculptures, Philippos Yiapanis usually replies: “I stopped doing everything else and just began to sculpt.” At the beginning of his journey, he had neither examples nor teachers – only desire and faith in the attainability of a goal. Well, today, self-taught sculptor Yiapanis is one of the most famous Cypriot artists working with bronze, marble and copper.

The first own exhibition of Philippos Yiapanis took place in 1996. It was followed by many others, both personal and collective, throughout the free Cyprus. The works of Yiapanis can be seen in different parts of the island. Among the most famous are: 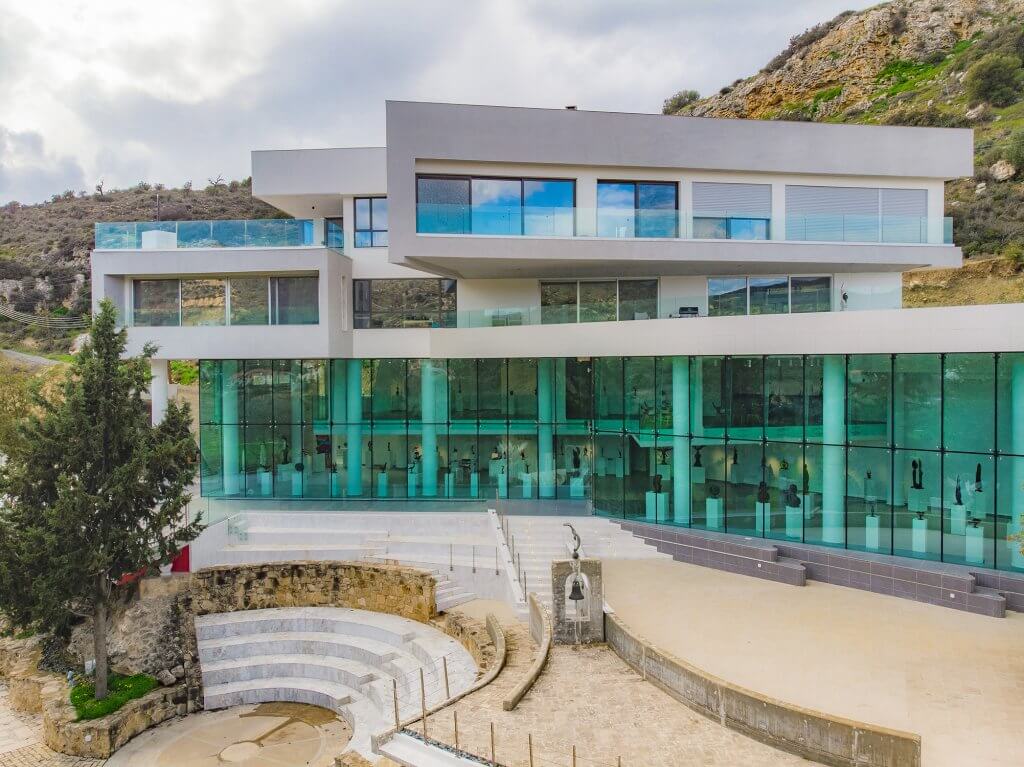 The sculpture at Cape Greco, created in honour of the onset of the new century

The sculptures of Yiapanis are also internationally known and can be found in other European countries, such as Denmark or Switzerland.

The first impression from the works of Philippos Yiapanis is a perfect balance between calm and harmony. His minimalist style seemed to shake off all that was useless and superfluous, leaving only what is necessary for the best transfer of artistic design. The end result is characterised by simplicity and purity of form, depth and, at the same time, clarity of the symbolism enclosed by the creator/artist. 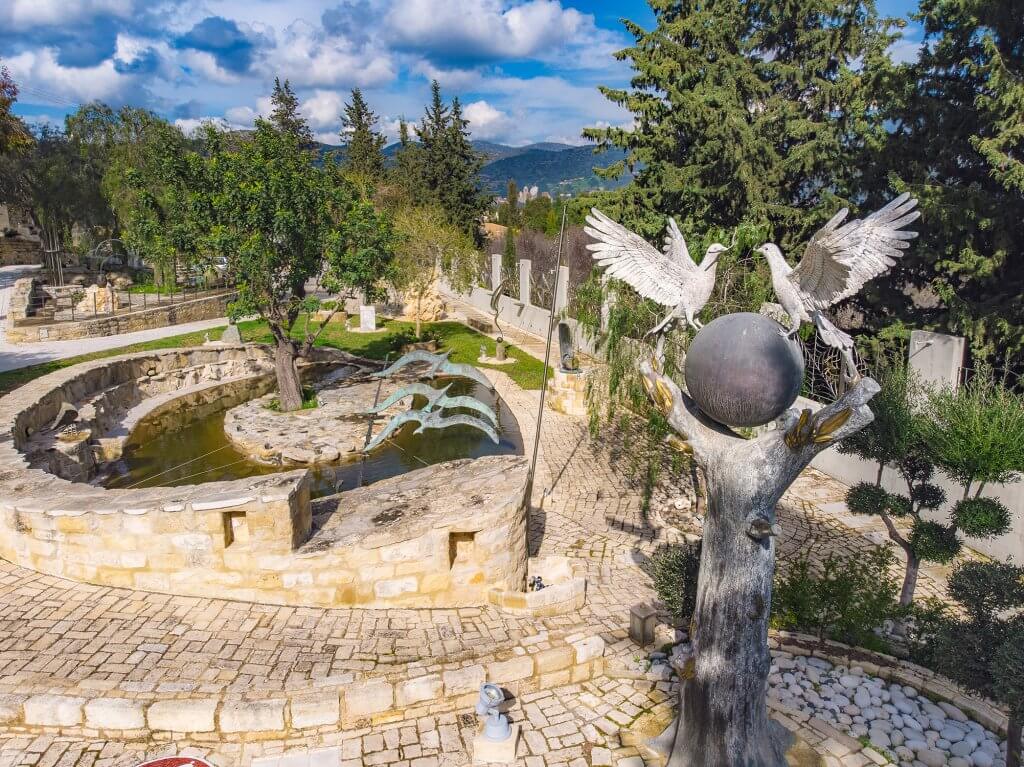 The main sources of inspiration for Yiapanis are nature, women and the human need for freedom. The first two themes clearly echo each other. As the sculptor himself noted, woman is a versatile creation of nature; the focus of fertility and erotica, the carrier and donor of life and the mother who nourishes and protects. Human freedom is a way for a refugee and a former prisoner of war (Yiapanis endured Turkish captivity and said that it was after this that he realised that nothing in life is more valuable than freedom) to express deeply impressed emotions from what was experienced; to convey the importance of life, peace and friendship to people.

Interestingly, the amalgamation of so many deep and complex emotions helped Yiapanis find the path to build the newest element in his museum – the Art Nest Cultural and Exhibition Centre. Designed by Aggelos Savvides, this addition should emphasise the role of the Yiapanis Museum as a centre for promoting peace and friendship among nations.

The story behind the Art Nest is: Once upon a time, Philippos Yiapanis met a Palestinian with a similar background. He talked to him and showed him the design of his house of sculptures. The next day, he was sent 200,000 Euros. “I said that I would never be able to give that kind of money, but they told me that I don’t need to give, I need to create. That’s how the name Art Nest appeared – in honour of the name of the company of this amazing person from Palestine, and one of the halls bears his own name,” said the artist.

Art Nest provides a modern and stylish space for exhibiting an extensive collection of sculptures of the artist. His works are effectively exhibited in the full light gallery, which stands out against the hilly landscape. In total, about 140 exhibits by Yiapanis are exhibited here and in the park surrounding the art centre. Some of his works are included in the artist’s private collection, but among them, there are quite a few that are available for purchase.

The doors of Art Nest are open to various artistic initiatives and events. One of the global goals is to bring the countries of the region together using art. In the near future, according to the intentions of Yiapanis, there will be exhibitions of artists from neighbouring countries of Cyprus.

Another big goal of the artist is to host colleagues and like-minded people in the museum complex, mostly young people from neighbouring states, in order to develop friendly and professional international contacts through dialogue and cooperation. Yiapanis would like to give foreign sculptors the opportunity to work in Cyprus and stay on the island in order to exchange ideas for as long as they wish.

In general, the Yiapanis Museum, despite the bulk of the exhibition, does not seek at all to work exclusively as a gallery. Charity concerts in the open air are regularly held here and large companies from abroad hold gala dinners next to sculptures in the park.

When Philippos Yiapanis was asked how he would like to see this place in two decades, the artist replied: “A pearl of culture. A large museum that is visited by thousands of connoisseurs of beauty. So, thanks to art, my soul will gain immortality”.