A 6th-century mosaic fragment depicting Apostle Andrew from the Church of the Virgin Kanakaria in Lythrangomi (Cyprus), was repatriated to Cyprus

On Monday 23 April 2018 a formal ceremony took place at the Great Synodical Hall of the Holy Archbishopric of Cyprus in order to officially repatriate a mosaic fragment, which depicts St. Andrew in a medallion, from the Church of the Virgin of Kanakaria in Lythrangomi, Cyprus.

The mosaic dates to 525-530 A.D. and belongs to the apse of the sanctuary of the church of the Virgin of Kanakaria in Lythrangomi, a village located at the peninsula of Karpasia. The looting of the entire mosaic decoration of this early Christian Church was orchestrated by the Turkish smuggler Aydin Dikmen, following the invasion of Cyprus by Turkish troops in 1974. Between the years 1983 and 2015, the great majority of the mosaic fragments were recovered, except from two Apostle portraits, the lower part of Christ’s figure and a smaller non-figural fragment. The most prominent of the four fragments just mentioned is the present mosaic of Apostle Andrew, which is of superb craftsmanship portraying the Apostle in a distinct, expressive manner, with long dishevelled hair, that stands out from all the other portraits. 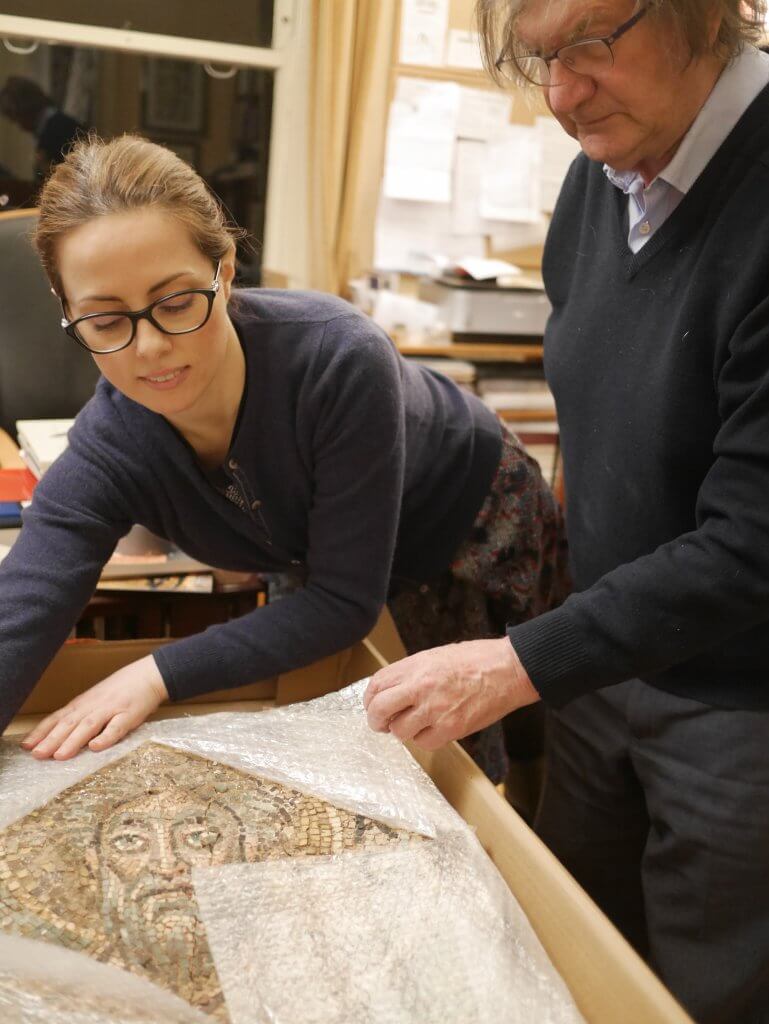 The mosaics of the Virgin Kanakaria are of immense importance in Byzantine art, as well as the world art history because they are among the few artworks that escaped the menace of iconoclasm (726-843 A.D.) and provide valuable evidence for the pre-Iconoclastic art. The looting of the Kanakaria mosaics became famous worldwide in 1989 due to the well-known legal case in Indianapolis, USA, which had a victorious outcome for the Church of Cyprus and resulted to the repatriation of four important fragments. Following the presentation of the mosaic, the President of the Republic of Cyprus, Mr. Nicos Anastasiades, addressed the audience. Then, His Beatitude, Archbishop Chrysostomos introduced the honorands who contributed to the repatriation of the mosaic, Messrs. Andreas Pittas, Roy Pogiatzis and Mrs. Maria Paphiti, and bestowed them with the highest honorary distinction of the Holy Archbishopric of Cyprus, that is the Golden Medallion of St. Paul. It is worth mentioning that the mosaic was located in 2014 by the art historian Maria Paphiti. 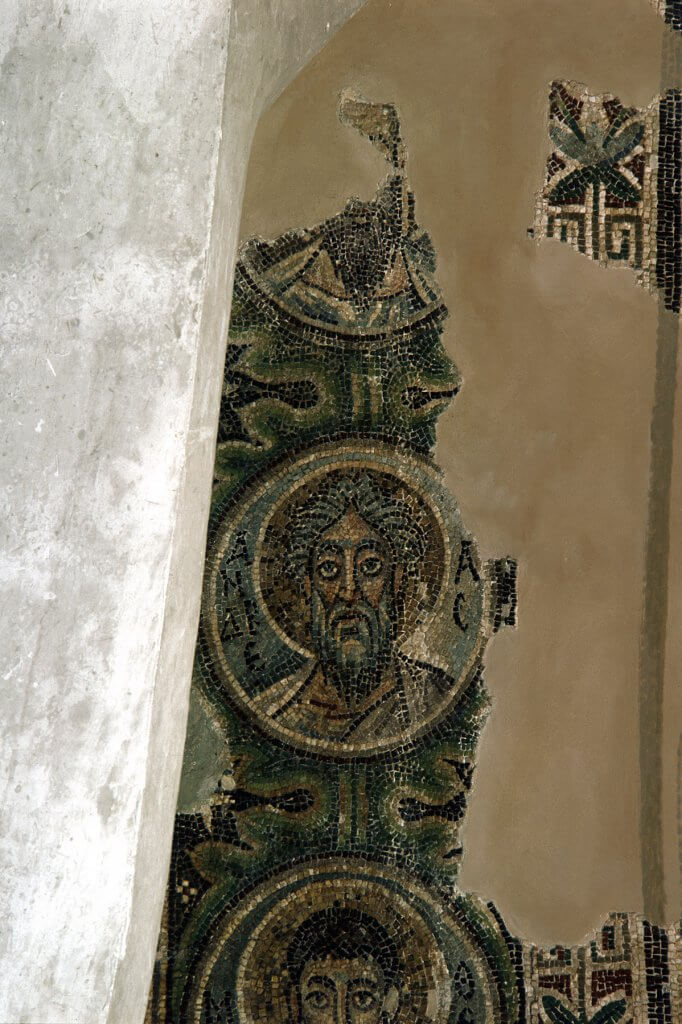 The last buyer of the mosaic acquired it as part of a larger collection of artworks in 2010. He asked Maria Paphiti to prepare art historical reports for all the pieces that consisted the collection. The latter informed the owner about the origin of the mosaic and after a period of negotiation, the gentleman agreed to hand it over to the Church of Cyprus without litigation and for only a symbolic sum as a contribution towards his expenses. Dr. Andreas Pittas, president of Medochemie and Mr. Roys Poyiadjis, a Cypriot businessman based in New York, paid the compensation amount, as well as the cost of the mosaic’s restoration. The legal aspect of the procedure was overviewed and executed free of charge by the lawyer Michael Korelis. The ceremony was concluded with a lecture by Robin Cormack, Professor Emeritus of Art History at the University of London, titled “Lost and Found”, that focused on several looted art treasures from Cyprus.