The body in the case, or how to comfortably get rid of the “uncomfortable” kilograms forever

The issues of weight correction and body shapes remained relevant at all times – only the vectors of the problems changed, depending on the current cultural or fashion trends. For example, in the Baroque epoch, it was considered a move to weigh less than one hundred kilograms and the level of a person’s life well-being was determined precisely by the number of folds so hated by us now. The general context “with body/weight, something needs to be done” was pursued by mankind (mostly, its female half) always.

This cultural-personal phenomenon, like any other, has overgrown with time by many myths and legends of varying degrees of reliability, scientific research and pharmacological developments to help those in need, and modern psychology simply could not remain indifferent to it, especially since it is one of the foundations of the theme of bodily transformations and often turns out to be their main cause.

I am glad, once again, to invite you on an exciting journey through the processes of our psyche. Welcome to the world of our bodies, psychology and body fat!

Immediately, we note: Here, we do not consider cases where the roots of loss or weight gain lie in the field of medical endocrinology. We will only address the psychological aspects of the fight against unwanted body mass and the ability to consciously manage the kilograms of acquired “good”. Better perception of the material will contribute to your understanding at this important time of year – preparation for the beach season is in full swing.

According to the general psychological concept, overweight is a cluster of fears, the so-called defences and repressed emotions. Not only the physiological processes of our body suffer from completeness (the cardiovascular system, the liver, the kidneys, the joints), but also the psychological ones. Patients often have a communication problem, growing dissatisfaction with themselves, low self-esteem, apathy and increased anxiety.

Back at the beginning of the 2000s, when I was just preparing to enter my first psychological department, I was, at the same time, passing the final exams at the ballet school, I had the opportunity to track the interesting pattern of some group mates who were constantly eating and losing weight. In general, the topic of diets and weight loss is a ghost, which is an integral part of stage work. So, the pattern was this: no matter how much a girl lost weight, either the weight returned or did not want to leave initially, or the girl “lost weight” constantly and without respite. This process took place in the same female students for almost the entire course of study, periodically fading for a while and then flashing again.

These girls were united by a number of characteristic features, which I will describe in detail below. Fortunately, it was not all about anorexia nervosa or bulimia. These diseases are recognised as mental disorders, have clear symptoms, a developmental scheme and a treatment protocol, and rightfully take their place in ICD-10. A few years later, I had the opportunity to see this for myself, starting to work as a clinical psychologist. The story became about the features of thinking, value and perception of body image, motivation, the truth of the goals and ways to achieve them, and, of course, about the general lifestyle and relationship models. 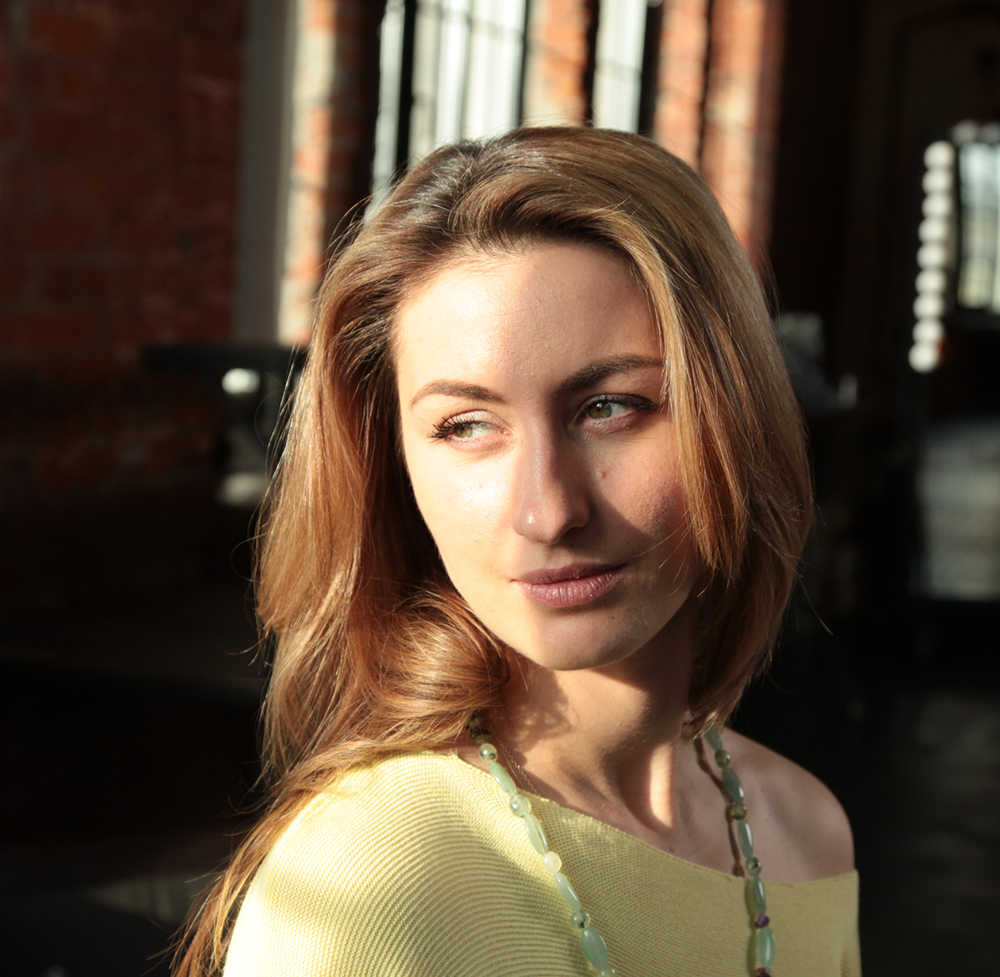 To begin with, I am an adherent of a comfortable way out of the discomfort zone. The strategy of not eating and losing weight “to aortic rupture” is not for me.

The first is “I lose weight in order to lose weight”: in fact, a process for the sake of a process.

The second is “I’m losing weight for some specific purpose”.

The difference is enormous. In the first case, the process, by definition, is not destined to come to the result: as Buddhists would say, “all life is a process”. But, in the second, there is an understanding of the ultimate goal, which will necessarily be achieved if it is correctly designated. For example, I need to lose 20 kilograms so that I can get pregnant and feel the joy of motherhood.

Remember: the goal, in this case, is the clearest need: focused on yourself. As long as you want to lose weight for a husband, wife, mother, girlfriends or someone else, your goal is not viable, and with this motivation, problems may arise with motivation.

Next: the motivation and where to get it. Motivation is a psycho-physiological process that governs a person’s behaviour and encourages action on the path to achieving a goal. There is a little trick: Having worked out the formulation of a goal, you will definitely come to the realisation of a certain uncomfortable zone or states, the desire to transform which may be one of the tributaries of motivation. Then, we only need to support it. For example, watch movies with similar scenarios for successfully achieving the desired result or motivational videos, which are now numerous. Be sure to discuss vivid experiences and share them with someone, talk about your feelings while watching. Remember, a positive attitude plays a big role.

You also need to create for yourself a supportive environment. For example, a general chat, where you can get support from like-minded people, share your achievements or difficulties and be yourself, with your feelings, fears and “cockroaches” in your head. Think up for yourself three or four phrases that best reflect the essence of your aspirations, write them on stickers and stick them in prominent places. It has also been proven that public promises work well: for example, you can write “on this day, I do not eat buns” on your own page on the social network. Studies have shown that social personalities (which we are overwhelmingly) invoke a feeling of shame and social responsibility – “well, after all, I promised the same!” Accordingly, it is much more difficult to make a choice in favour of fast carbohydrates. 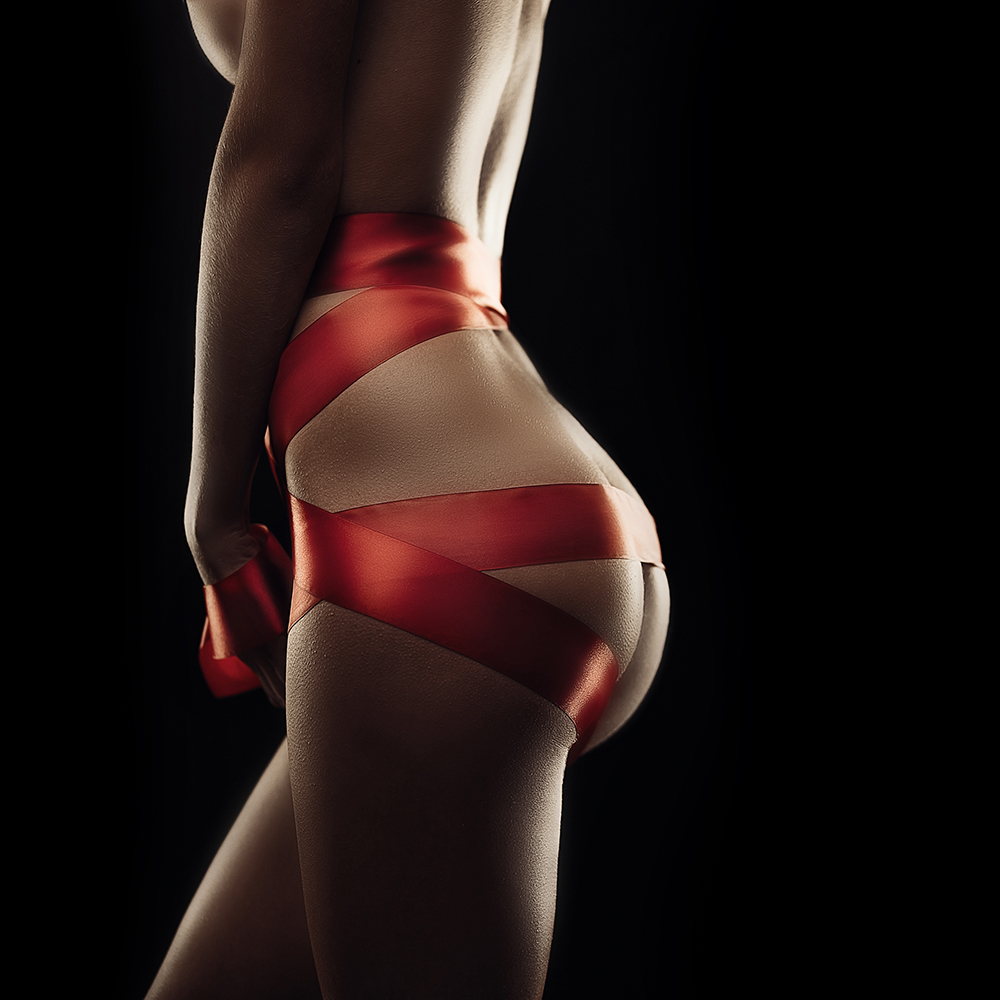 So, there is a goal and a found motivation. The next stage is the beginning of direct work with yourself, your beliefs and feelings.

You are you, with your individual characteristics, a unique body and a billion cells in it that work 24/7 with love for your benefit. While in your head you are comparing yourself with someone, you are depriving yourself of the opportunity to see and feel your essence and resources because, by comparison, you are likely to devalue yourself all the time. This, in itself, is a strong de-motivating factor. For example: “What a beauty she is in that luxurious dress! Well, where am I, with my lyahami?”

Most people who want to lose weight, in the beginning of the path, admit that they hate their reflection and try to look at it less often. Women often say that they do make-up in the morning for “that aunt” in the mirror – and this is not a split personality, but hate and non-acceptance of oneself.

When a person lives in a state of similar isolation from him or herself for a long time, his/her perception of the image of his/her body changes. In this case, it is necessary to start observing yourself in the mirror as parts as much as possible: first the face, then the arms, the shoulders and so on. The meaning of this practice is to develop the skill of an impartial look at oneself and the acceptance of one’s body as it is at the moment. Yoga classes and breathing techniques will be useful here: they return the gift of feeling your body, its integrity and borders. When working with obesity and weight correction, these practices become multifunctional: they help to relax and relieve stress. They are taught to get rid of negative emotions and control, and help in meditation to get rid of fears and emotional blocks. Most often, by first uniting with ourselves, we feel emotional pain, emptiness, a feeling of loneliness, resentment and the anger born of all of the above. It is these feelings that cause, in us, the next wave; feelings of inferiority, unworthiness and rejection. Food, in the mainstream of such experiences, begins to acquire the character of a tool for dealing with feelings.

As a rule, such a model is most clearly seen in people with a predisposition to compulsive overeating. Under the influence of stress, they open up the refrigerator and absorb its contents in an effort to “seize” the uncomfortable state, to ground themselves and to feel their own weight, thereby creating a sense of social weight, importance and security.

Yes, it is about anger – and the skill of interacting with it. It is already in you, only aimed at destruction, because it is locked inside. It is necessary to switch it from destructive to constructive and to release it. “Who and what the hell decided that I was not worthy of a better life? Why should I do what I don’t like and endure it?” There are many variations. The main thing is let them finally be heard. Get angry at yourself for real. Force yourself to “isolate and erase” everything that gives you painful experiences. Look at yourself as a loving parent and finally start to really take care of yourself – as your parents might not have cared for. Protect yourself from self-destruction. Once you hold this power in your hands and read this article, you will already be strong enough to start living as you like.

Naturally, the questions and fears associated with the relationship aspect arise from the preceding paragraph. Often, it is the fear of loneliness that makes us hold on to people – and most often to “toxic” people who intentionally or subconsciously implant and support the victim complex in us. What to do with them? Do you part or correctly set your personal boundaries? If you fail to decide, this clearly indicates how you cannot communicate with you and what is unacceptable to you in a relationship. Having lost a convenient donor, “toxic” people usually quit on their own. And, as soon as this happens, new acquaintances come into your life, as positive as you can afford. Remember the motivation and the formation of a supportive environment?

Let other people take responsibility for their actions, mistakes and decisions. Control and hyper-responsibility is that which creates tremendous tension, stress, eternal frustration and sadness-melancholy, which you definitely want to “seize”. Attention and strength should be focused on the development of new skills, the search for unknown sensations and the formation of a “taste for life”. Believe me, as soon as this begins to bring you pleasure, along with boredom and anxiety, three-quarters of the extra food will go away. The amount of sweet, flour, fried, spicy, salty and alcohol will significantly decrease. Obesity or, on the contrary, lack of weight is a psychosomatic phenomenon, the so-called “chronic physical symptom”, which, in turn, is directly related to lifestyle and relationships.

In conclusion, I want to share with you some confirmed facts that unite those who want to lose five pounds and those who want to get rid of 50 or more (do not forget about the individual features and the importance of medical diagnostics). So, it is necessary to:

This is something to think about, is it not?

You ask – what about me, with my dancing and weight loss past? I devoted one of my theses to the topic of frustration and deformation of the personality of students of choreographic schools and sports-oriented schools. I successfully completed my stage work and have been successfully engaged in psycho-correctional practice, including clinical practice, for nine years already. That time gave me invaluable experience and knowledge that if something makes me stronger, this is not an argument to allow it to kill me.

I will be glad to answer questions that you can send me by mail: info@DanilovaPro.ru.

Take care of yourself and your time.