Thanasis Tsokos. THE POWER OF MEDIA

This year the Cyprus Broadcasting Corpora­tion (CуBC) celebrated its 65th anniversary. Founded in 1953, by 1964, RIK it had become a member of the European Broadcasting Union. To date, its portfolio includes the following T.V. channels: PIK 1, PIK 2, PIK HD — PIK 1 and PIK Sat HD. We had the privilege of interviewing Thanasis Tsokos, Chairman of the Board of Directors of the PIK, about the company’s history, the po­wer of the media and, the impact of technology on the future of television.

CyBC is the first media organization to be established in Cyprus, right?

Yes, CyBC is the first and largest media organization in Cyprus, with two TV channels, four radio channels and one satellite channel, two websites and, very soon, a third which will concern solely our digitized archives. CyBC has a budget of 32 million euro per annum, and a staff of 380. It also maintains a large network of foreign correspondents, and collaborates with the world’s largest news agencies. CyBC radio was established in 1953, and its TV in 1957. In addition, its history goes hand in hand with the contemporary political and social history of Cyprus. It’s synonymous with the cultural and social capital of our country.

Do the media tweak reality or do they present facts as these truly are?

We’re living in times of total networking, fake news and the search for quality news. We’re all seeking timely and valid information. However, we should here clarify something which, in my opinion, is very important. When a news item comes from a third source and, inevitably, is presented with an even slight delay and concerns more than one party, it is, ipso facto, different from the actual occurrence. This is something that cannot change. What is reprimandible however is the incorporation of propagandistic elements and ulterior motives in the presentation of the news item. Besides, let’s not forget that that the dominant market and political forces, what I would call “the managing elite”, need the media. Given this, we have to ensure that we have failsafe mechanisms in place, but also help develop the viewing, listening and reading public’s critical thinking.

Your reference to propaganda takes us back in time…

Propaganda is well-hidden in the depths of human history, and extends all the way to the present day.  There are, however, different kinds of propaganda, depending on one’s source and one’s goals. A monument commemorating the heroes of World War Two is propagandistic, and so were the methods employed by Goebbels, but the two are not the same thing. There’s white and there’s black propaganda. Knowing the precise facts of any given propaganda however will help make it more difficult for it to be used to our detriment.

What, in your opinion, is the relationship between the press and democracy?

The quality and standing of the press are directly related to the democratic index of any given country. Besides, a strong democracy always requires a democratic TV and democratic media. TV is no longer a means of merely watching things, since it has since metamorphosed into a way of thinking about all that which is taking place around us. Furthermore, democracy also depends on the level of the people’s accessibility to the truth through the work of the media. 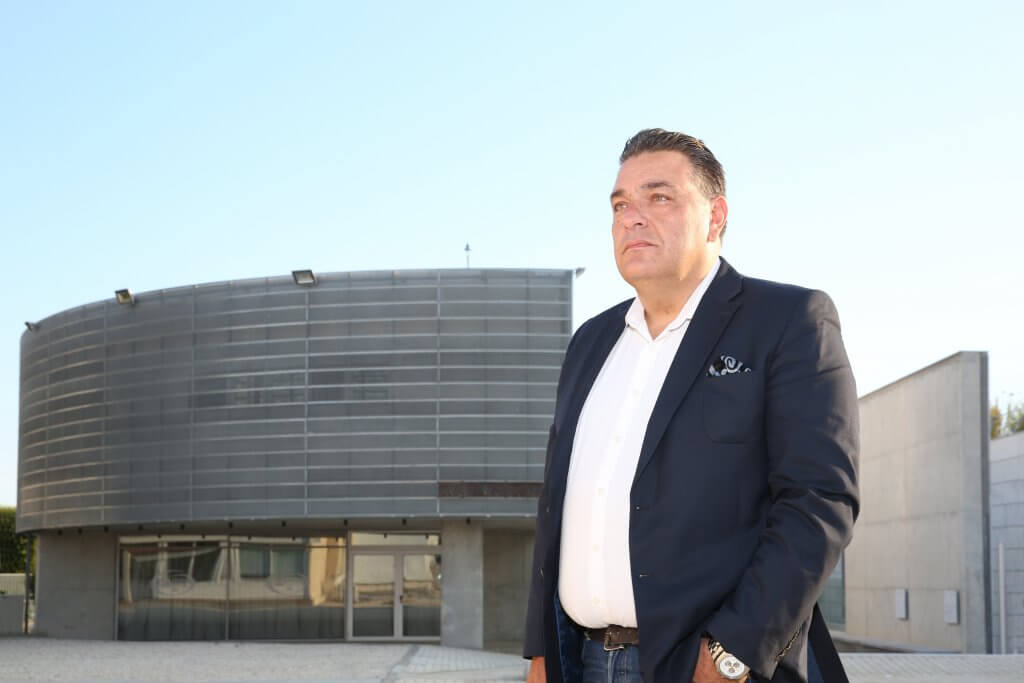 And their power is great…

The power of the media is indeed great, as is their influence on the masses. Postman used to say that our entire culture is based on the way, on the method by which we discuss and communicate with one another. Allow me to remind you of the role of the media and mainly that of radio in the years before, during and after World War Two. In the 1950s we had, in Europe, 27 state and 12 private radio stations.

What are the characteristics of the European media model?

The European radio and TV model does indeed have its own special characteristics. In this model, the role of public broadcasting is both central and of a determining nature. It operates in parallel with the private broadcasters but within a different framework. Its role is also determined by decisions taken by the European Union itself., Public broadcasting belongs to the citizens. It concerns all, and its product constitutes a social commodity.

Do we see a subsidence of traditional media in the new, digital age?

As far as Europe is concerned, the last two years have seen significant gains made by traditional media (radio, TV, newspapers). One could say that the traditional media are on the counterattack. The reason is simple. Citizens do not, to a large extent, trust social media and the new, digital age ones, given that fake news form, by and large, a significant part of global as well as regional news.

Does a journalist today have the means to tweak a news story?

Each and every journalist has, at his or her fingertips, the tools that his predecessors, even just a few years back, did not. Videos, photographs, infograms, virtual reality, sound and podcasts will be the components of the journalism of the future, which will also be more visual. Already, Microsoft has showcased a helmet-screen which, through “holographic computerization” incorporates the computer’s virtual world in the user’s real space. All this however should be combined with journalistic seriousness, reliability, ethos, professionalism, quality of language and script, and a broad thematological spectrum, and all through a clear distinction of what is news and what is opinion.

What is the role of public broadcasting?

Public broadcasting should be an impartial source of news which guarantees citizens’ access to the real facts. It should also however go one step further and analyze these. It should go from “what” happened to “why” it happened and what this means. Part of our mission is to give the citizen the opportunity to access the facts so that so that he or she may comprehend and appreciate them and form his or her own opinion and, if need be, to take a stand. The operation of public broadcasting aims at developing the public sphere. Public broadcasting sets the standards for any country’s broadcasting in general. It sets the standards in news dissemination, entertainment, political and other discussions and the coverage and broadcasting of major athletic and sports events. It strengthens democracy, which is definitely not confined to one casting one’s vote, but constitutes a permanent and lasting social process.

Can one say that citizens in our day and age are well-informed?

I believe that citizens are informed nowadays, even though I dare say not adequately. Not so that they can, as citizens, play a central role in modern democracies. Not so that they can be active citizens capable of managing social and political events. And this is a fundamental principle established in the democracy that was ancient Athens 2,500 years ago. Citizens should be well-informed citizens. They should have the discerning power to interpret and understand their social and political environment, in part through that offered by the media and their direct contact with the truth. Dialogue is the best modus operandi for human society, always with the aim of creating what one would term “homo scepticus”.

There are many who wonder if TV has a future.

We should distance ourselves from technophobic behaviors. People love TV, and this is something that will never change. The resonance enjoyed by the BBC, Netflix, Amazon and HBO, to name but a few, shows that TV has won over the younger generations as well, despite these being more demanding and definitely at home with internet-enabled devices. Investing in quality content, live programmes and streaming, as well as the ability to absorb and incorporate new technological innovations are the necessary ingredients in TV’s recipe for success. Besides, traditional TVs have their own, stalwart public and not just common traffic, even though they should cater for both.

How important is the dissemination of news and information to modern man?

Historians have come to the conclusion that fundamental news values have remained unchanged through the ages. As significantly pointed out by Mitchell Stephens, humans have exchanged the very same mix of news throughout history and across civilizations. Typical of this mix is the speed of dissemination, exactness and validity. Now, as regards the news item itself, this satisfies a basic human instinct. Humans have an inner need – an impulse if you like – to find out what’s happening beyond the extent of their own, immediate experiences. The ability to get to know things that we ourselves cannot witness in person breeds a sense of security, control and certainty, something which I would call “a hunger for information”. News is anything that interests us, and therefore we should also get to know it.

How much has fake news harmed the prestige and dependability of the media?

I would say significantly. Many media have fallen victim to fake news as well hoaxes, made-up stories presented as real. For this reason, large media organizations have established special departments tasked precisely with identifying and blocking such stories from the ongoing news items. They’ve developed mechanisms to check and cross-check the credibility of any given item. The problem with such items however is twofold. On the one hand the credibility of the media themselves is delivered a blow, and on the other they also constitute a threat to democracy. The presentation, by ex-US Secretary of State Colin Powell, of a satellite photo allegedly showing an Iraqi WMD site was a typical case of fake news since Iraq did not possess such weapons.

What’s the role of international news agencies in the new age?

It goes without saying that international news agencies have also gone through their own crisis. A number of buyings-out and mergers have taken place, even from organizations which have no direct relation to the media, such as the purchase of Reuters by Thomson. On the international news front however, AP, Reuters, Itar-Tass, the Chinese News Agency and AFP continue to play an important role, and this despite a recorded increase in the use of other sources such as CNN, the New York Times News Service and Euronews. In addition, the Internet enables us to access local, regional and national media and agencies.