Money: the way to new quality

Money is one of the most important inventions of civilization.

From tea leaves to bitcoins, the content and forms of money have been always changing over the centuries.

In the modern world the institute of money is facing unprecedented challenges.

“Money from the air.” After the crisis of 2008, the key Central Banks of the world – the USA and Europe Banks – dramatically increased the amount of unsecured money supply, in fact created trillions of money from the air, and the Central Banks of few countries – Japan, Switzerland, Sweden – conduct an anomalous policy – give money at negative interest. 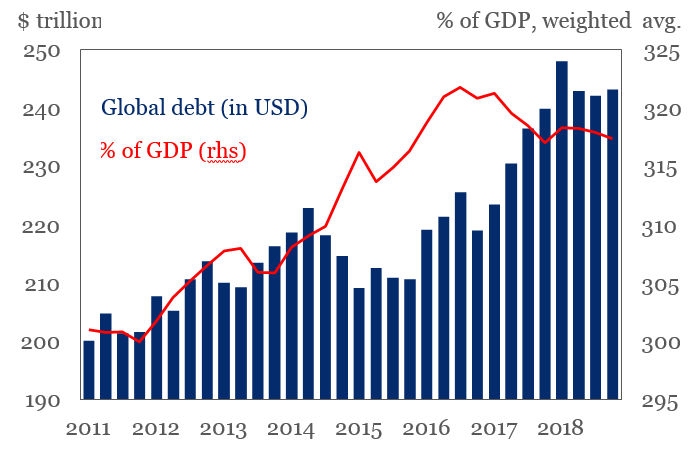 «Golden Renaissance». After decades of deliberate displacement of gold to the periphery of the monetary system, Basel III immediately returned gold from the third – to first-tier banking capital [2] , equating gold to money, and buying up gold by Central Banks reached an unprecedented-record scale since 1971 – the year when the dollar pegged to gold was canceled.

“Stop cash.” Significant cash turnover restrictions have become the commonplace of the monetary policy in the overwhelming majority of countries.

“Personal Currency”. In the 21st century any person or corporation can create its own personal currency using a blockchain, while cryptocurrency, for example Bitcoin, directly competes with conventional currencies.

In total these challenges do not only reflect a fundamental transformation of confidence in the institution of money, but also testify to the vagueness of the concept of money in the modern world .

The problem is extremely aggravated by serious doubts in the ability of central banks to conduct an adequate monetary policy and to respond correctly to emerging challenges.

For example, the reaction of the central banks in the United States and Europe to the crisis of 2008 was an active printing of new coupons (quantitative easing). After 10 years of the said policy, the critical mass (80%) of its benefits is doubtful. In the US, 85% of money fed by the Fedеral Reserve System were not in the economy, but in reserve accounts of banks.

In Europe, in the course of monetary incentives, Eurocentrobank bought bonds worth € 2.54 trillion, of which € 1.36 trillion today are “dead weight” on accounts in commercial banks and do not give the economy anything, and € 657 billion give losses – are placed by banks in the ECB at a negative interest.[3]

As a result, despite huge emissions leadingcentral banks failed to provide the economy with the money necessary for sustainable development and solving its structural and institutional problems, whether it is the development of new industries (diversification), innovative development, the creation of new jobs or the reduction of inequality.

Here it is necessary to make up an important conclusion:

it’s not just the amount of money that matters, but the quality (Quality of Money Does Matter).

At the same time the generally accepted tools of the monetary policy of central banks designed to stimulate economic development are extremely limited: it is reduction of the key rate or the purchase of debt. If in modern conditions we continue  implementing only these tools, then in the best case, it is possible to avoid a sharp crisis, translating it into long-term stagnation.

Moreover, according to expert consensus estimates, this is an optimistic scenario.

The Group of Thirty; G30, in the second half of 2018 the intellectual center that includes chairmen of central banks, heads of the world’s largest commercial banks, leading experts and representatives of international organizations, released a report “Managing the next financial crisis. An assessment of emergency arrangements in the major economies”.[4]

The title of the report itself says that the G30 considers the crisis inevitable and offers management measures in its conditions.

G30 recommends central banks to show flexibility and innovation, create new effective instruments of monetary policy, work as a team with the government and parliament to increase the level of cooperation.

What happens now? “Generals are always fighting the last war.”[5] Central banks are trying to solve problems using strategies which have actually caused them. (2008 clearly showed that the absolute majority of macroeconomists were theoretically not ready for it).

That’s why the question emerges: how to create high-quality money in modern realities?

The main requirement (imperative) of the national strategy for creating money should be productivity – the complete use of the country’s potential and the ensuring of sustainable economic growth and well-being of people.

This requirement may correspond to the money creation mechanism, which is able to simultaneously meet three basic conditions:

1) to link the emission of new money with the creation of new added value (new money should stimulate economic growth or new reserves of bank sand not new financial results);

2) to attract investors in the creation of new industries (new money should create new investments in the real sector of the economy, and not new speculation or fruitless financial operations that do not generate added value);

3) to ensure the highest possible number of new investment projects that are profitable to investors and long-term financing (new money should be created under conditions adequate to its turnover in the real sector of economy).

The strategy  potentially able to meet these requirements may be the target project emissions using escrow accounts.

Algorithm for its realisation includes the following.

First stage. Creating an investment portfolio. In this case, the key role of the government is attraction of private investors, system integration, coordination and interaction between projects. When managing large-scale projects the government and investment advisers can take up structuring and carrying projects to banking (it may be major infrastructure projects and complex projects aimed at development of new spheres or products). While creating an investment portfolio we should take into account its potential contribution to economic growth – the planned added value and the required financing.

Second stage. Achieving value added indicators is included as an indispensable condition in an investment contract that is concluded between an investor, a commercial bank and an authorized state body.

Under these conditions, the investor undertakes achieving indicators of value added, a commercial bank – providing the investor with the required financing, and an authorized state body – accepting the necessary source from the central bank to finance a specific investment project.

The investment contract is concluded in the presence of a confirmed financial model, design estimates, independent pricing and technological audit (if the last is necessary).

In the conservative version, the volume of emissions may exclude expenses on salaries and import in order to reduce the risks of inflation and devaluation. However, the temporary gap between the money received on the consumer or foreign exchange market and the new goods produced can be insignificant in the scale of the specific national economy.

The funds on the escrow account are not charged interest and are not recovered. Only reliable commercial banks can take part in this financing mechanism.

Fourth stage. A commercial bank (investor’s bank) at the expense of deposited funds provides project crediting of the investment project on its own. Since a commercial bank has no expenses on raising funds , the interest rate on the loan to the investor includes only the risk premium and is determined by the formula:

The allocated funds can be used exclusively to pay for the investment actually made. If it is necessary to advance to the contractor and subcontractors, special accounts are opened in the investor’s bank. This eliminates the risks of misuse of invested funds.

Also banks can receive a state guarantee, which will reduce the loan rate for investors to the minimum level.

For a particular state, this means that the implementation of a much larger number of investment projects becomes possible.

Fifth stage. When the planned results are achieved under the terms of the investment contract – the launch of a new production and the creation of added value – the investor’s principal debt on a loan to a commercial bank (in the amount of added value) is repaid with funds from the central bank deposited on the escrow account (see the picture).

The best and widespread international practice of investment promotion supporting for an investor is the repayment of a loan or the payment of compensation by the State for capital investments upon the successful launch of production.

In case of non-fulfillment of investor’s obligations under a  investment contract — the non-launch of a new production — the issue is withdrawn — funds deposited by the central bank, and the relationship between the commercial bank and the investor continues under normal conditions.

The mechanism of the target project emissions [6]

A key feature of the proposed this new mechanism is the identification of investment projects that are actually being implemented, creating economic growth as a channel for issuing money and using escrow accounts to eliminate ineffective emission and inflation risks.

The operation of escrow accounts legally allows you to leave the title to the issue money to the central bank, while allowing commercial banks to carry out investment loans in the limits of the amounts in the escrow accounts. These funds will finally go into cash circulation only after the creation of added value, strictly in its size by writing off the main debt of the investor to a commercial bank.

When using this model for the state, the risks of not launching investment projects are excluded. Investors and commercial banks are responsible for these risks. Commercial banks use standard collateral procedures and take an adequate risk premium — their rewards — motivated by the end result of the project — starting production and creating value added.

profitable financing. Investors pay compensation to commercial banks for the risks they take, and the government rewards investors for the result.

Target project emissions provide commercial banks with the highest level of liquidity quality for investment lending: the central bank provides funds for any period necessary to finance an investment project.

As a result, a chain (channel) is created: “emission – investment – launch of new productions – release of new goods – creation of added value – inclusion of emission in money circulation”

This means that extra money enters the economy not through the consumer or foreign exchange market, but through investments and the production of new goods.

Up to a certain point, credit growth is co-directed with the growth of the economy and supports it, but when credit activity becomes excessively high, there is an accumulation of excessive debt load. This works as a deterrent to economic growth and adversely affects the financial stability of the real sector.

This issue of money stimulates investment, project financing and economic growth, and also enters the economy through investment, the production of new goods.

Also using a standard credit system the growth of borrowing does not always correspond to the growth of the economy and supports it. After the release of credit activity at excessively high levels, an excess debt load accumulates. This works as a deterrent to further growth of the economy and negatively affects the financial stability of the real sector. Therefore, the write-off of profitable investors of the principal amount of the debt in proportion to their contribution to the economic growth of the country is an important element of the target project emissions using escrow accounts. This element of the system allows you to move to a higher rate of economic development, relying on efficient companies – creators of added value.

In conclusion, the proposed mechanism allows to solve the problem of forming money accomplishing following functions in any country:

Quality money drastically increases the possibilities for the mass implementation of new investment projects and the creation of new jobs, the sustainable growth of the welfare of nations.

How to apply this mechanism specifically to the Cyprus model of the economy, read the article «IS “THE MIRACLE OF CYPRUS” REAL?».