Is “the miracle of Cyprus” real?

Cyprus: A unique island with a glorious history and, I want to believe, an impressive future, similar to the “golden Singapore”. Such comparisons have already sounded in the press.

Yes, in ancient times, the uniqueness of Cyprus was due to its geopolitical position: The island was located at the crossroads of trade and transport routes. Today, in the age of high-tech means of transport, it would seem that this factor is not so significant. It would seem that…

Cyprus is located at the junction of three worlds, three ancient civilizations: Europe, Africa and the Middle East, and this is where advanced technology, qualified personnel and the scale of global projects can connect. Do not forget that an effective structure of state power has been formed in Cyprus, as well as the fact that there is a low level of crime and corruption.

Let’s dream a little? Cyprus has become a unique world-class medical rehabilitation centre with the latest technologies for healing, treatment of serious diseases, rejuvenation and prolongation of life. The unique living conditions on the island, including the wonderful climate and a system of first-class private English schools, will attract the best specialists from all over the world. As well, Cyprus has opened itself up to becoming a global exhibition centre, uniting the economic interests of the countries of Europe, Africa and the Middle East.

For such projects, there are talented leaders, scientists, economists, managers and staff.

The only element missing from consideration may be money. These ambitions will require loans that are both affordable and long-term.

Now, imagine that Cyprus, in addition to the state budget, has € 10 billion available to finance significant investment projects at a rate of 1-2% per annum, not returning profits, but redeeming in the amount of ‘value-added’ created by the project. Is this a fantasy? Far from it!

It is obvious that the proposed scheme requires intelligent participation of the state, which aims to diversify the economy and bring it to a qualitatively new level. At the same time, we all know perfectly well that launching such ambitious projects through the ‘printing’ of additional money may lead to unwanted inflation, nullifying all good efforts.

In fact, the money-printing option is not so terrible. In the United States and Japan, national government bonds account for 85–95% of the total monetary base ‘printed’ by the Fed and the Bank of Japan. At the same time inflation in the United States is low and in Japan there is generally deflation (lower prices). 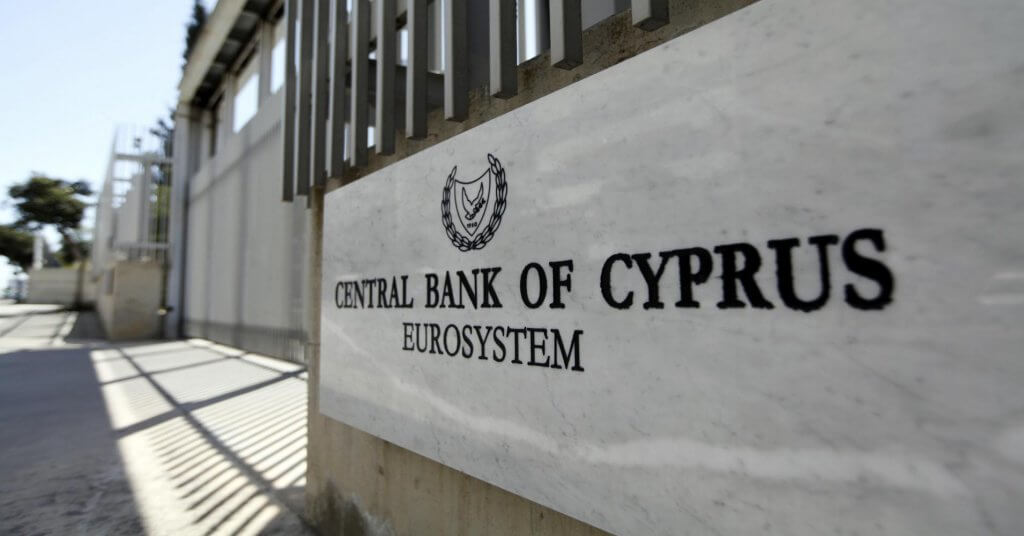 Is everything so optimistic today?

Alas, after the crisis of 2008, the quantitative easing (simply, ‘printing money’) of the U.S. Federal Reserve and ECB did not reach its strategic goal. In the U.S., about 85% of the money injected into the economy was in the reserve accounts of banks. The ECB redeemed bonds worth €2.54 trillion within the framework of monetary incentives, but this led to the creation of bank reserves of €2 trillion, of which €1.36 trillion laid as dead weight in bank accounts, and €657 billion, in general, was placed in correspondent accounts with the ECB at a negative (!) rate of –0.40%, creating losses for commercial banks.

In fact, it turned out that central banks, despite trillion-dollar ‘emissions’, did not create money for real development of the economy.

An important conclusion follows from this: It is not the amount of printed money that matters, but its quality. In other words, it is necessary to spend printed money not on current needs, creation of reserves or inflation of financial bubbles, but on specific investment projects that create new jobs and a new quality of the economy.

That is the name of the new, unique mechanism proposed by economists A. Galushka and A. Niyazmetov, in the our previous article “Money – the way to new quality”

The first step in implementing the ‘Money for Growth’ programme is the creation and professional structuring of investment projects.

It may be the largest medical rehabilitation centre in the Mediterranean (mentioned in the introductory part of the article), a logistics hub, IT and research and education cluster, a unique entertainment complex or a grand exhibition complex. In the case of Cyprus, it is very important that the project attracts a large number of guests to the island, since the number of local people is limited.

The ratio of the planned value-added (or, they say, GDP growth from the project) to the required amount of funding is also of importance…and then, everything is simple. The Central Bank chooses a reliable commercial bank, which transfers the emitted money. This may be, for example, Hellenic Bank or Bank of Cyprus.

The investor, a private entity, concludes a loan contract with the bank for the project implementation.

It is important that this process is accompanied by the approval of the necessary project documentation, the financial model of the project and the involvement of an independent audit.

At the next stage, the Central Bank emits money and deposits it in a special escrow account in a commercial bank. Funds from such an account can be used only for the intended purpose. In addition, the status of the account excludes interest charges and the imposition of penalties of any kind.

The most interesting thing happens after the launch of the project. A working enterprise sells its products (services) and, thus, creates added value and economic growth. In its size, the debt of an investor to a commercial bank is written off, at the expense of the Central Bank funds deposited in the escrow account.

In this situation, the money ‘emitted’ or ‘printed’ finally falls into circulation, after the launch of the enterprise and the creation of added value.

If the project is not implemented?

Who will print money for Cyprus?

And, finally, the most interesting question that probably arose in the minds of attentive readers: Who will print money for Cyprus? The island has long been a part of the EU and, obviously, we are talking about the European Central Bank.

It is important, that the Government of Cyprus is armed with this idea, approving at the ECB level, a decision on the target emission line for the implementation of specific investment projects in Cyprus; for example, in the amount of €10 billion, mentioned at the beginning of the article (it is quite obvious that, for the ECB, this is a very small amount).

In this case, the implementation of a unique Cyprus development project will only be a matter of time, and the question posed in the title of the article can be answered with confidence: “YES”!