Dmitry Pevtsov. ONE WITH ALL

On November 16th, the Pattihio Theatre in Limassol will host Dmitry Pevtsov, with his authorial musical solo performance Revelations.

Childhood, youth, love, sin, death, faith – these are the basis and subject of conversation in Revelations. The ultimate sincerity with which the People’s Artist of Russia communicates with the audience is captivating, and an attempt – before everyone’s eyes – to figure out what exactly human life consists of leads to conclusions that concern everyone in the audience.

Revelations is accompanied by the live music of The Pevtsov-Orchestra. During the performance, the actor reads verses by Tarkovsky, Gumilyov, Rozhdestvensky, Yesenin and Shakespeare, while the orchestra plays the music of Vysotsky, Tariverdiev, Arbenina and Rybnikov.

The People’s Artist of Russia, Dmitry Pevtsov, is an actor, singer, musician and teacher.

After graduating from GITIS in 1984, he enrolled in the troupe of the legendary Taganka Theatre.

One of the first successful theatre roles for Pevtsov was his work in the play Fedra (1988), which was directed by Roman Viktyuk. In 1986, he went on to star in the movie End of the World with Symposium to Follow (directed by Tatyana Lioznova).

After a couple of years, widespread popularity came to Pevtsov. The action-packed movie Nicknamed the Beast made Dmitry famous among the Russian public and the psychologically difficult role in Gleb Panfilov’s drama Mother brought him the Felix European Film Academy Award for Best Supporting Actor. 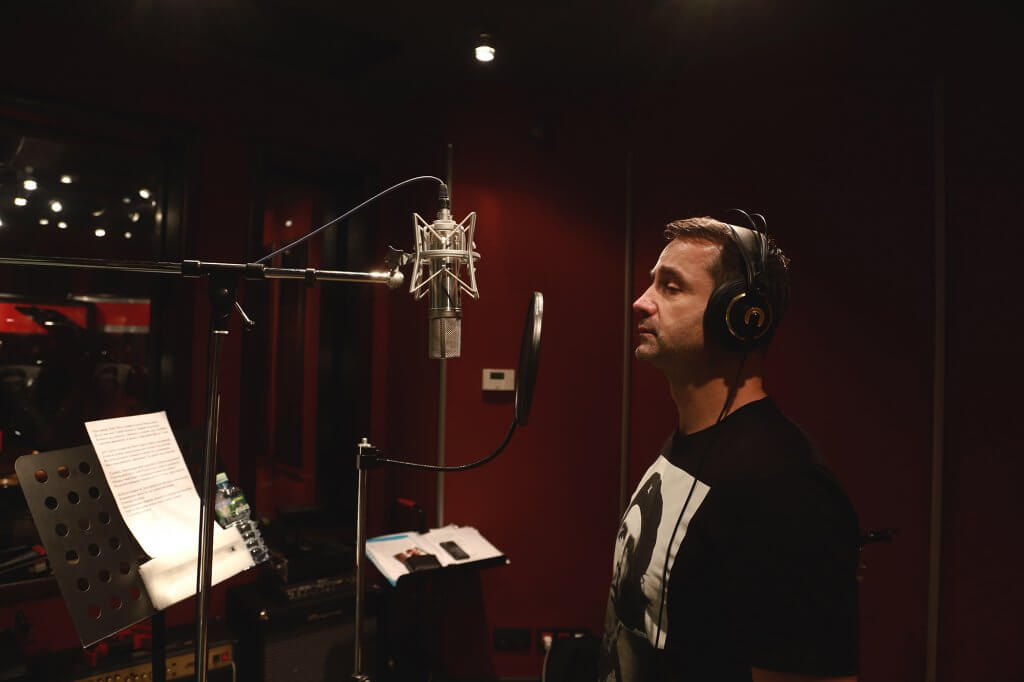 Since 1991, Pevtsov has been an artist with the Moscow theatre Lenkom.

In 1999, Dmitry Pevtsov began recording songs with various composers, performing with concert programmes as a singing actor. Since 2001, he has been taking part in the ring races of the Volkswagen Polo Cup. In 2002, he led the programme ‘The Last Hero-2’. In 2007, Dmitry Pevtsov was awarded the Order of Honour and, in 2013, the Order of Merit for the Fatherland of the IV degree.

In 2013, Dmitry Pevtsov and his wife, Olga Drozdova, took an acting course at the Institute of Contemporary Art. Since then, Dmitry has been teaching at the Department of Acting and is its artistic director.

Pevtsov a head of a jury and is a trustee of the Silver Sword International Stage Fencing Festival.

Composed by Alexei Rybnikov, and with poetry by poet Andrei Voznesensky, Juno and Avos is one of the most famous Soviet rock operas. The performance has been part of the Moscow Lenkom Theatre’s repertoire since 1981, and is still performed to full houses. In those 38 years, several generations of leading actors have performed the roles of Conchita and Fernando. Only one has remained unchanged Nikolai Karachentsov, in the role of Count Rezanov. However, after an Karachentsov  had an unfortunate accident, this part went to you. Was it easy to accept a role of this magnitude?

I consider Nikolai Karachentsov not only a legendary performer, but also a creator of the play ‘Juno and Avos’ in the same way as Mark Zakharov, Andrey Voznesensky, Alexey Rybnikov, Vladimir Vasiliev and Oleg Sheintsis. While still new to the production, I perfectly understood that it was impossible to imagine anyone taking Karachentsov’s place. Naturally, joining Juno was not the easiest, and the difficulty was not in mastering the role, the words or the vocals – that was all pretty easy. For the first time in my life, I was afraid … that I might ruin something, or upset something in this great performance.

Once again, I can thank Mark Zakharov for the support that I personally received from him. In my dressing room, and now above the table, is the very Kazan icon of the Mother of God, which he gave me before my premiere in the role of Rezanov. I am also very grateful to him for the words that he said before the performance itself.  The excitement that I experienced then has never left me, even after nearly fifteen years – even today, I worry when performing in ‘Juno and Avos’, just like the first time.

The programme, which the people of Cyprus will see on November 16th, is called ‘Revelations’. Are you not afraid to let so many people into your personal space?

My personal space and the performance of Revelations are connected, but completely different. Yes, the material for the play is about my own life, but almost two-dozen musical and poetic works are also heard, so this could partly be called a concert. However, this is not a performance, nor a concert, because I do not speak as an actor, but rather as a narrator; moreover, the narrator of my own life.

Unlike a normal performance, there is no acting as such. Instead, this is more like an attempt here and now, in front of the audience, to understand what a person’s life consists of and what he is. 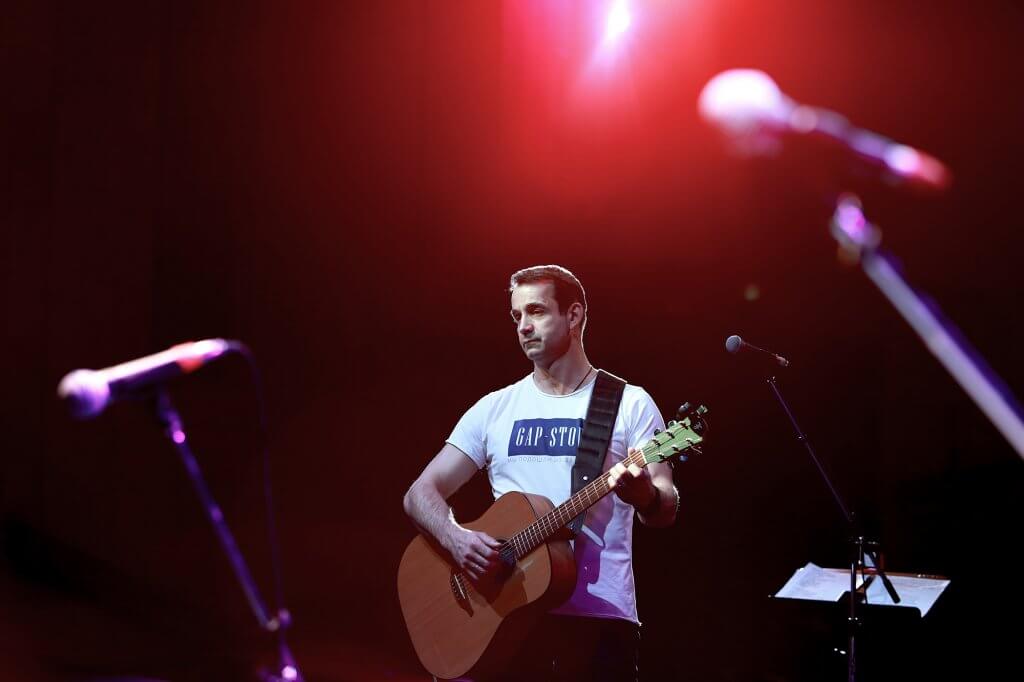 I do not have a script. Everything that happens on stage, except for the performance of the songs and poems, is an absolute improvisation. Therefore, each performance is different from the previous one and the next. Childhood, youth, love, sin, death, faith – these are the topics that form the basis and subject of conversation in Revelations, and these topics concern each of us. They relate to the very personal space of each individual viewer.

What is your audience like? How do you see or feel the people in the front of the house?

I do not see the faces of people who come to the auditorium, but I feel their breathing and energy. It reaches me on stage. I hear applause or laughter and understand that I am on the same wavelength with my audience. People are interested, they empathise, they learn about childhood, about youth and some realities of the USSR in which we were born – a country that cannot be found on any map of the world. Like the mysterious Atlantis, it has disappeared into the darkness of history. I always sincerely thank those who come to our performances or concerts because if there is nobody in the audience, our work becomes meaningless.

The motto “There are many singers, but Pevtsov is the only one !” is well known to your fans. At what age did you feel a desire to sing?

I can’t say the exact date. Like all children, I sang at kindergarten, but the desire to go on stage with songs – the desire to learn a new means of communicating with the audience; to speak with people outside the framework of a role, a play, someone else’s direction – it appeared in the early 2000s, when I started doing vocals and going on tours , with creative evenings.

A few words about your ‘Pevtsov Orchestra’. When did the idea arise to not just sing with a guitar, but to make a whole show?

About 10 years ago, I joined Andrei Vertuzayev’s KarTush project. Everything worked out perfectly. He needed to promote his band and I needed musicians. Mutual interest brought a lot of good, for which I never tire of thanking Andrei.

The Pevtsov-Orchestra began several years ago. It consists of talented musicians and performers. We are engaged in creative work together. The guys in each performance not only perform their parts on musical instruments masterfully, but they are also part of the dramatic action.

What is the principle behind the verses and songs in your one-man show Revelations? Why are these works arranged for a ‘heart-to-heart talk’ with the audience?

There is a single principle behind selecting material – songs and poems – for concerts and performances: new to the production the necessary emotional and intellectual content (thought) plus the musical form necessary for a given place of the performance (concert). Each performance and concert has its own rigid dramatic structure. There is not a single random song, not a single random alternation of works. It’s always about the thoughtful drama of communication with the audience.

In the play Revelations, I try to be myself as much as possible. I lead the viewer through the labyrinths of my destiny, my worldview. I try to figure out who I am now, who I was and what path I still have to follow. The works of Tsvetaeva, Vysotsky, Yesenin, Pasternak, Arseny Tarkovsky, Shakespeare, Rozhdestvensky, Entin, Tariverdiev, Levitan and many others – in the form of poems and songs – will be performed along with autobiographical and philosophical prose fragments from me personally. Two hours on stage – and my whole life; sincerely and honestly!

The concert, as in life itself, reflects all the diversity, charm and transience of joyful moments. Nostalgic songs give way to explosive patriotic songs, and melancholic tunes flow into love lyrics.

You do charity work. You give many concerts for free. What do you think: kindness will save the world?

When performing, in what era does Dmitry Pevtsov feel he belongs – in a costume drama or a modern film? Which of the heroes is closest to you?

I absolutely do not care in which historical era the characters I play live. I don’t even care about the roles themselves – how interesting or talented they are, and what can be done by me as an actor – but only about the topic, meaning and idea embedded in the material. A work of art, in principle, should bring light, goodness, joy, love and hope. If the creative material that is offered to me has all this, it is the time for me to seriously think about this proposal.

I will answer with a patristic quote: “We will do what we can, so that what we cannot do, God does.” (Rev. Paisius the Holy One).